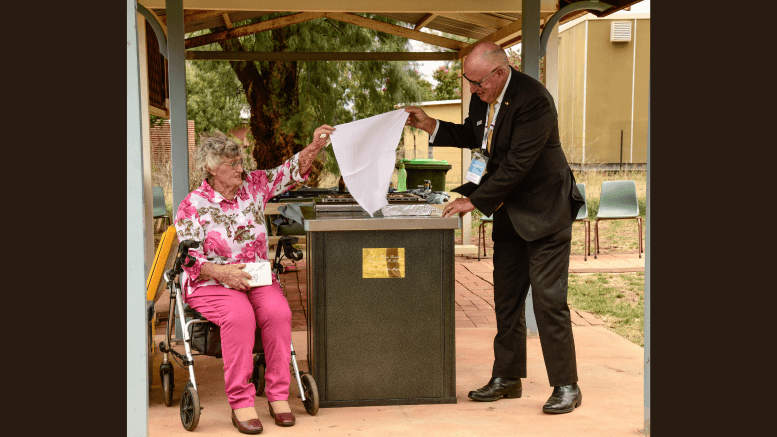 This new BBQ was placed at Hannah Mahon Park and has a plaque placed on it honouring the late Faye and Noel Green. 11 years ago, Faye had started working to get a BBQ installed at the park.

Unfortunately, Faye passed away in 2019, after her passing the Fifield Community Committee worked and eventually got the BBQ installed in the park, along with the plaque to commemorate Faye.
With this new BBQ, the town is hoping to get some more travellers to use and enjoy the park. 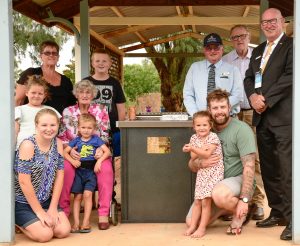 Mary Brown (daughter of Faye and Noel) and her four grandchildren, Shayla, Ryan Alexis and Billy with Ruby Stevenson who was Faye’s sister in law, (right) kneeling is Dan Wallace with daughter Lilly, standing is John Medcalf, the ambassador and Brian Nelson. Image Credit: Barry Green