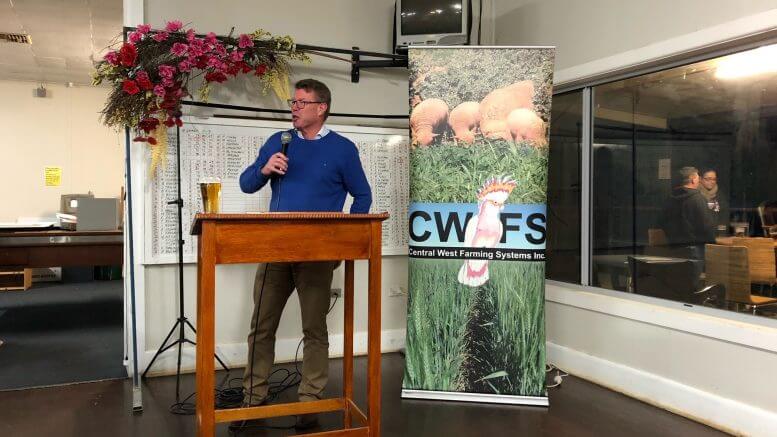 On Saturday, 19 June Nick Farr-Jones, a former Wallaby Captain, was the guest speaker at a community event held in Condobolin.

The evening was hosted by Central West Farming Systems (CWFS) and funded through NSW DPI Rural Resilience Program and attracted a crowd of 100 people.

Nick is well known for his prodigious talent as a player in the Australian Rugby Union team (the Wallabies) and captained 36 successive tests for the Australian team from 1988 to 1992. Nick’s effect on the game and influence in sporting circles beyond rugby was recognised in 1992 when he was awarded the AM.

Nick spoke about his rugby career and how his hard work and commitment to the game saw him captain a winning team in international rugby. Nick is strongly influenced by his values and he talked about how his family had supported his journey from playing school boy rugby in Sydney to leading an Australian test team playing at venues all over the world. Nick talked about the opportunity’s rugby provided him and the friendships developed with his teammates. All this underpinned by a shared goal and dedication to be the world’s best. And this was achieved.

There are many highlights in Nick’s career, and he talked about facing down the Kiwis’ famous Haka and how to keep positive with setbacks and disappointments. Many of the lessons Nick learnt in his sporting life have been a constant source of inspiration in his post-rugby career.

Nick is dedicated to giving back to the community and enthusiastically offers his time and knowledge to help others. This was made very clear on the evening with Nick keen to meet everyone and have a chat.

It was a great night thoroughly enjoyed by all, meeting Nick and coming together to share stories and support each other. Thank you to Nick and the NSW DPI Rural Resilience Program for making the evening possible. 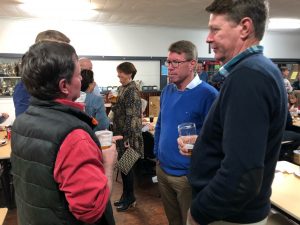