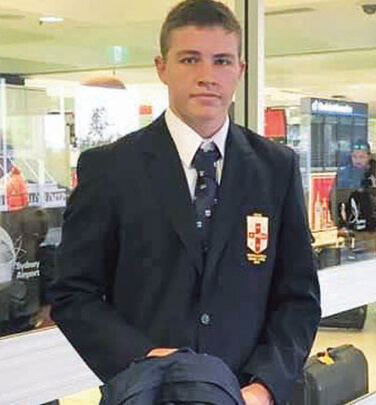 Condobolin’s Toby Denyer has embarked on the trip of a lifetime, as member of the NSW Combined High Schools Rugby Union Team, which will play in South Africa over the next two weeks.

He showed resilience and dedication to make the squad, as he is the only non-metropolitan player to have secured  a place.

Toby   will  play   in a variety of locations against a number of teams, and has already one match under his belt, claiming a 39-all draw on his first outing. He has honed his craft on local  fields, and  his Condobolin teammates, community and Club wish Toby success while on his trip.

Toby is the son of Adam and Lee-Anne Denyer.