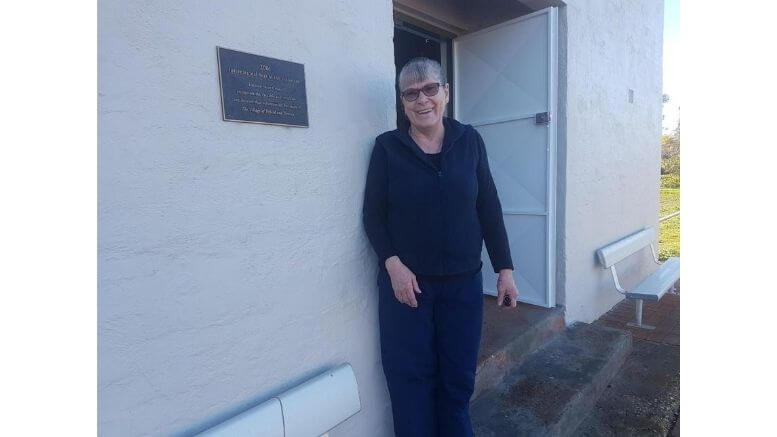 Funds were allocated from the Clean TEQ Sunrise mine Voluntary Planning Agreement through Council’s 2019/2020 capital budget and delivery program. The majority of works were undertaken by Council staff, including an additional staff member recruited through the Council Drought Community Program.

Fifield Hotel owner Sharon Crowe said she was pleased Council had committed to renovating their hall, saying the community had been “fighting hard for the improvements.”
Fifield resident Hellen Yates also praised the work being carried out by Council on the hall.

“It’s good to see Council out in Fifield,” Ms Yates said. “The hall is great, they’re doing a fantastic job.”

She mentioned Joshua Gallagher the young Council worker who has been carrying out the work.

“He’s a lovely young man, and is doing good work at the hall.”

The hall is an important gathering point for the small community. It is where they hold various gatherings and celebrate important occasions such as weddings and birthday parties. The hall is also used as a polling station during local government elections.