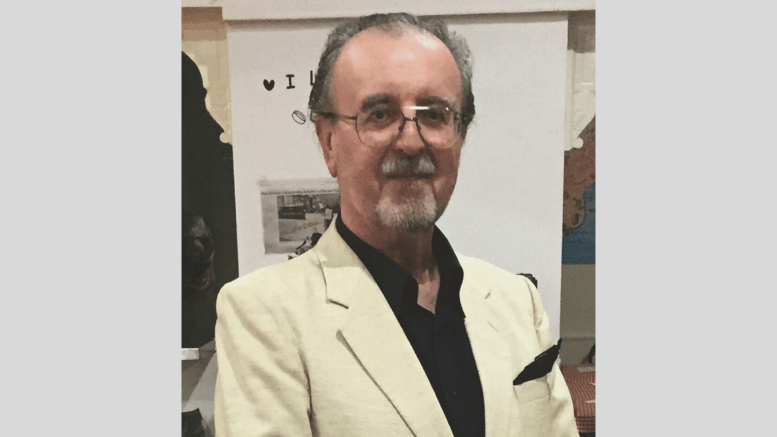 Renowned Anglo Australian Tenor William Amer will be performing at the ‘Harmonies on the Hill’ event to be held at St Joseph’s Catholic Church in Condobolin on Friday, 30 April from 7pm.

He will be joined by Tracy Callinan, who will play the Harpsichord.

William started singing as a 17-year-old in a suburban Sydney choir, (after his father, quite reasonably, insisted he complete High School).

Within a few years he was featuring in other choirs, and as guest with Sydney orchestras and popular on the operetta stage. Later he joined touring companies and performed for Music Clubs and Arts Councils throughout NSW. William sang as Guest soloist for many years with the NSW Police Choir, conducted by bass baritone, John Brosnan.

His first language is English for which he is particularly well known, yet sings in Italian, Latin and German with some French.

William comes from a family of English musicians and singers, influenced by the coal mines, steel works and Nottingham lace mills of England.

His love of music and singing came from his family and was encouraged by the many musical films of romance and adventure that appeared on early Australian television. It was solidified when he bought his first wind-up gramophone, and that interest has persisted all his life.

Music-making was a serious pastime of his forebears by being involved in the many brass and silver bands of industry and music making of the Salvation Army.

He often does themed presentations on various players, introducing audiences to long lost voices, classical, popular and novel while performing as the Song and Gram Man.

In 1993 he established his first professional performance company which now operates as OPERAworks, performing by arrangement, often with themes.

He, as an independent producer and has presented 2 or 3 seasons a year of opera, oratorio along the eastern sea board of NSW.

He personally enjoys ensemble singing and the capacity for acting with voice and movement.

Oratorio, opera, operetta, and would you believe it, dance music of the early/mid Twentieth century all form part of his enjoyment of singing and listening.

William will be singing a range of songs and people attending the Harmonies on the hill are in for a treat.

Tickets for ‘Harmonies on the Hill’ are available from Western Plains Regional Development (WPRD) and the Condobolin Newsagency. Tickets are $10 per person and dress is semi-formal. For further information contact WPRD on 02 68 953 301.