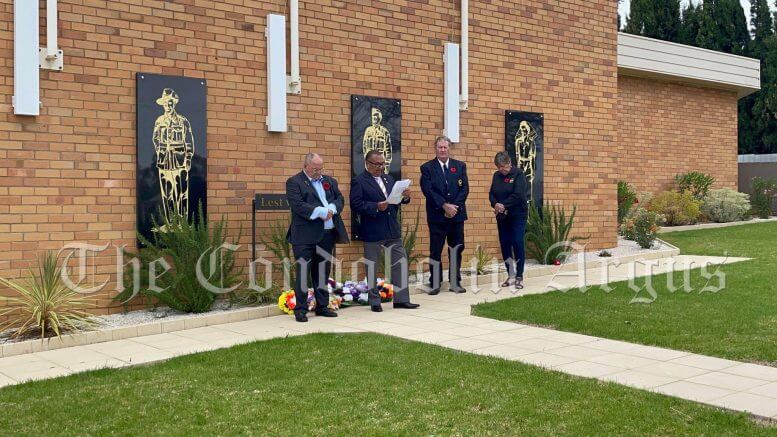 Condobolin paused to reflect the sacrifices made by Australians in the Great War on Remembrance Day (11 November).
Services were held at the Condobolin RSL, Memorial Park and RSL Lifecare William Beech Gardens – Condobolin, while Condobolin High School, Condobolin Public School, St Joseph’s Parish School, Condobolin, Lachlan Children Services and Condobolin Preschool and Childcare Centre all paid tribute in their own ways.
At 11 am on 11 November 1918 the guns on the Western Front fell silent after more than four years of continuous warfare.
The moment when hostilities ceased on the Western Front became universally associated with the remembrance of those who had died in the war.
This first modern world conflict left between nine and 13 million people dead.
It is believed as many as one third of them may have had no known grave. The allied nations chose this day and time for the commemoration of their war dead.
Each year at the 11th hour, on the 11th day of the 11th month a nation remembers the courage, the mateship, the sacrifice made by Australian service personnel as they fought for the freedom we all enjoy today.
Many wore red poppies in memory of all those who paid the ultimate sacrifice. Poppies were among the first to flower in the devastated battlefields of northern France and Belgium in the First World War. 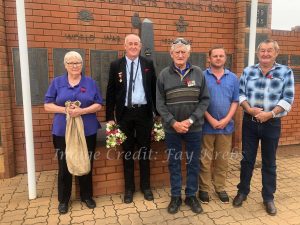 A group of people gathered at the Memorial Park Gates to pay respects for all of the fallen men and women from all the services in World War I, World War II, Korean, Vietnam and Afghanistan conflicts. Rex Press laid two wreaths as part of the commemoration. Lest We Forget. Image: Kate Cunningham, Rex Press, Gordon Phillips, Kristian Krebs and Len Krebs attended the Remembrance Day Commemoration Service at Memorial Park Gates on 11 November 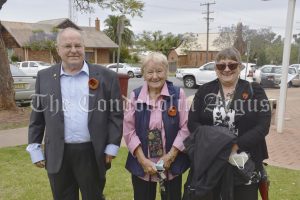 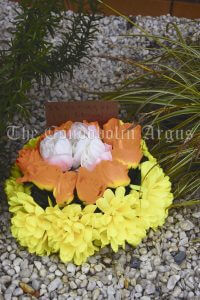