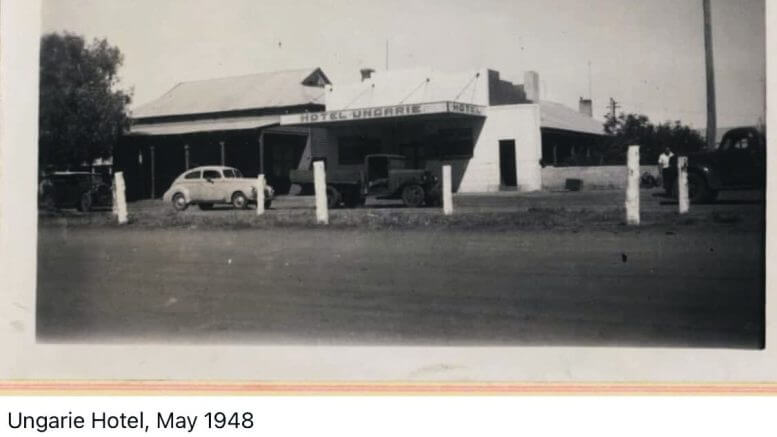 Ungarie Hotel was originally built in 1883 while it was still a small settlement.

The town wasn’t established as a village until the 31st of March 1894 after the settlement was surveyed by Surveyor A. Maitland in September 1893.

The old hotel was owned by Mrs Kerwin, and a portion of it, which still stands at the rear of the butcher’s shop, was the dining room and was built around 1883 by Mr Tout.

In August of 1940, a fire broke out at the Ungarie Hotel. The fire was discovered by members of staff in their quarters on the ground floor. This quickly spread to the old wooden portion of the hotel within minutes.

The commotion created by the staff awoke the licensee Mr Warren Cullen as well as the lodgers who were luckily in the new portion of the hotel. They fled the building.

Unfortunately the town was without water supply. Luckily Sergeant Barton and Constable Passmore, as well as civilians worked desperately to prevent anymore spread as the adjacent buildings were made of weatherboard.

If they were unsuccessful stopping the spread, it is certain the whole block of buildings would have been destroyed. 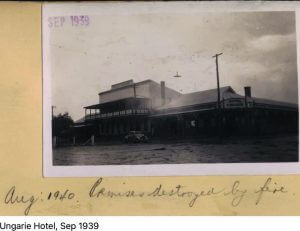 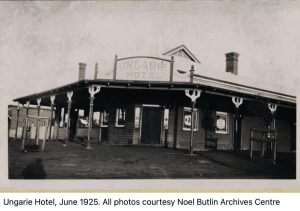 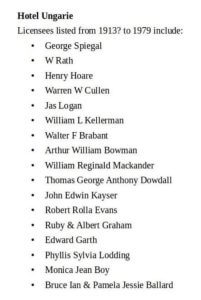