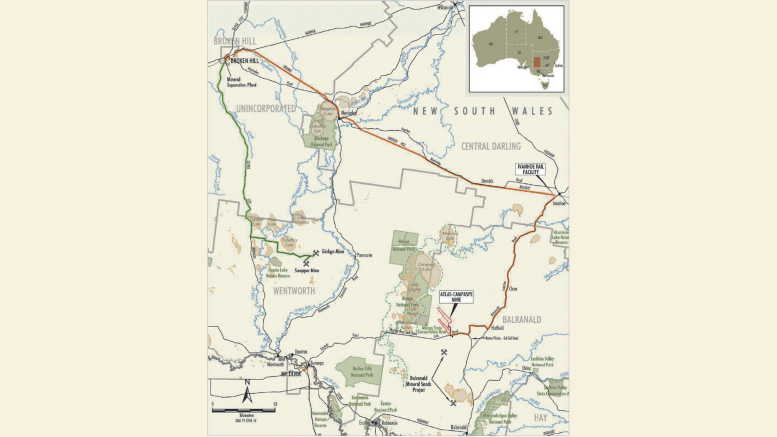 Tronox is one of Australia’s premier mineral sands miners.

Tronox’s mining and mineral separation operations, formerly owned by Cristal, are located in the Murray Basin region. Tronox are currently ranked in the top 10 of global mineral sands producing companies when ranked by production volumes. They are the world’s second largest producer of titanium dioxide.

Tronox created a fourth mine called Atlas-Campaspe in the Murray Basin. The company invested $144 million into building the Atlas-Campaspe mineral sands mine, as it seeks to diversify into rare earths production, The Australian Financial Review reported on March 11 2020.

The mine is 175km south –west of Ivanhoe. The heavy mineral concentrate from the mine (HMC) will be trucked to a new rail siding just outside of town, then transported to Broken Hill for further processing.

The rail load-out facility (the Ivanhoe Rail Facility), is located 135 km north-east of the mine and 4.5 km south-west of Ivanhoe, in the Central Darling LGA.

Ivanhoe will be an important logistics hub for Atlas-Campaspe, and there will be employment and business opportunities through their contractors during the construction and operational phases.

One large opportunity was for Ivanhoe’s jail. The jail has been closed since June 2020, and was reused as a housing base for workers employed at the mine. 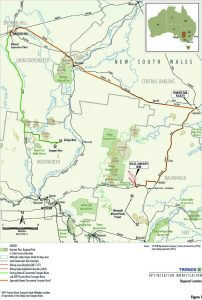