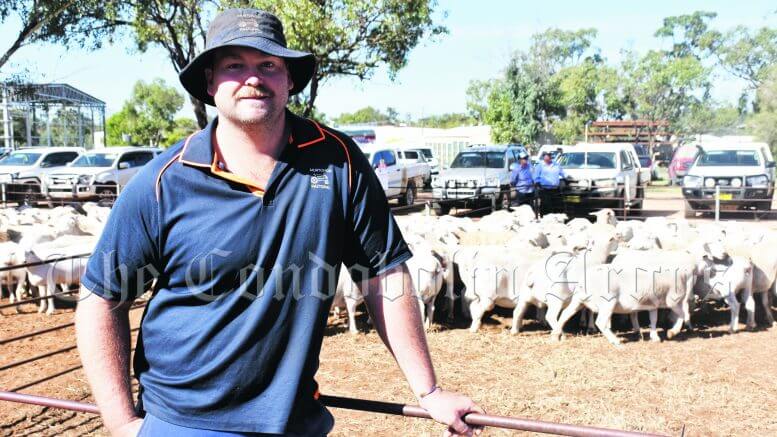 A pen of Australian White Ewes made a top of $610 at the Condobolin Shedding Breed Female Sale.

The sale was held on Thursday, 15 April at the Condobolin Saleyards and was interfaced with AuctionsPlus. A total of 3,672 sheep were yarded, averaging $344 per head. There were 165 bids made on AuctionsPlus, with buyers purchasing four lots. There were also total 2,756 catalogue views on the site.

The top priced offering, a pen of 53 seven-month-old Australian White Ewe lambs, bred by Angus and Carolyn Girle along with Jeff and Alison Peters (Urah Whites, Condobolin), were sold to an undisclosed buyer from central Victoria through Nutrien Ag on AuctionsPlus.

“We were very, very happy with the results for buyers and sellers,” Livestock Agent Brendon White from Kevin Miller, Whitty, Lennon and Co (KMWL) said.

“The sale was very successful for obviously vendors selling the sheep and also great opportunity for local people to buy sheep out of the sale.

“People who bought sheep on the day would have been happy with the high quality yarding of stock.

“Some 86 per cent of the sheep sold in the sale did not go any further than 200 kilometres from point of sale.

“This is fantastic for the district.”

Most Successful Vendor was the HW Colless Partnership (Peter, Fred, Mandy and Will), of ‘Fountaindale’, Condobolin, who sold White Dorper ewe lambs and aged ewes. They sold 680 White Dorpers on the day.

Best Presented pen award went to Bruce and Carol Stonestreet of ‘Glen-Ayr’. They sold their 160 Dorper ewe lambs for $334 to Allan, Tom and Banjo Ryan of ‘Kimaculla’ Condobolin.

B and P Hurley, ‘Kalabra’ sold 215 station mated White Dorper ewes for $330 a head to Ian (Noo) and Jennifer Tyack through DJ Frankel and Co Tullibigeal.

Paul and Marie Klante of Nyngan sent over 375 white dorper and dorper ewes to the sale. The White Dorper ewes were purchased by Kane Neyland of Ungarie for $318 a head.

Their Dorper ewes went to the Dunn family of Pyramid Pastoral, Nymagee for $300 a head.

Rob Patton from ‘Rowena’ Derriwong sold 84 Wiltipoll Ewes for $311 who are are heading to Tottenham. The ewes were sold to McCarron, Cullinane and Chudleigh (MCC) of Forbes.

Brendon added there would definitely be another Condobolin Shedding Breed Sale in 2022.

“The plan is to have an annual sale – we plan on doing it again next year for sure,” he explained.

Prizes for the sale were generously given by AGnVet, Lachlan Agencies, Stockpro and Tullinga White Dorpers. 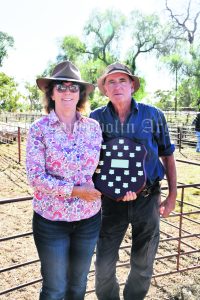 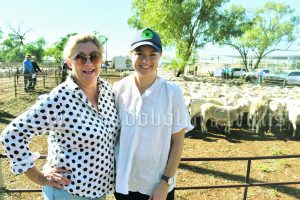 Most Successful Vendor was the HW Colless Partnership (Peter, Fred, Mandy and Will), of ‘Fountaindale’. ABOVE: Fred and Mandy Colless. Image Credit: Melissa Blewitt. 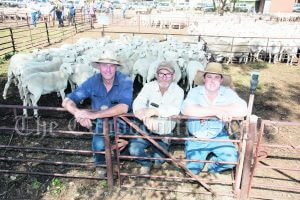