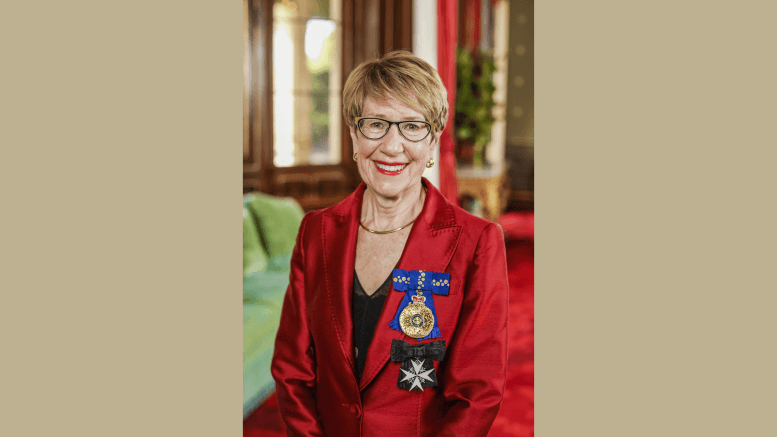 Her Excellency the Honourable Margaret Beazley AC QC Governor of NSW will be the special guest at the 2021 Condobolin Picnic Races on Saturday, 20 February. Image Credit: www.governor.nsw.gov.au

Her Excellency the Honourable Margaret Beazley AC QC Governor of NSW is coming to Condobolin for the Picnic Races.

She is the 39th Governor of New South Wales, commencing her five year tenure on 2 May 2019.

And the Condobolin Picnic Races Committee could not be more excited.

“We are thrilled that Her Excellency the Honourable Margaret Beazley AC QC Governor of NSW, will be our special guest at the 2021 Condobolin Picnic Races,” President Jamie Gibson said.

“It will be an honour to showcase Condobolin and the Races to her. The Committee is looking forward to introducing her to all things local and welcoming her to the event.
“This is very exciting news for the town and the Condobolin Picnic Races.”

Prior to her appointment as Governor, Her Excellency enjoyed a long and distinguished law career spanning 43 years, during which time she served as a role model for women in law at both the State and national level.

She was made a Companion of the Order of Australia in the Australia Day Honours List on 26 January 2020 for “eminent service to the people of New South Wales, particularly through leadership roles in the judiciary, and as a mentor of young women lawyers”.

Her Excellency has three children – Erin, Lauren and Anthony Sullivan – and is married to Mr Dennis Wilson, a barrister, mediator, accredited international arbitrator and Adjunct Professor of Law, at Notre Dame University, Sydney.

According to her official biography, Her Excellency brings her deep commitment to education, youth leadership, human rights and social justice to the role in service of the people of NSW.

Tickets to the races are still available online at events.humantix.com. Entry is $20 (and includes a race book), under 18s are free and if you would like help purchasing your ticket, don’t hesitate to contact a committee member.

For more information on this COVID safe event email: condopicnics@hotmail.com, visit www.condopicnics.com, follow them on Facebook or phone Joy on 0488 953 886.