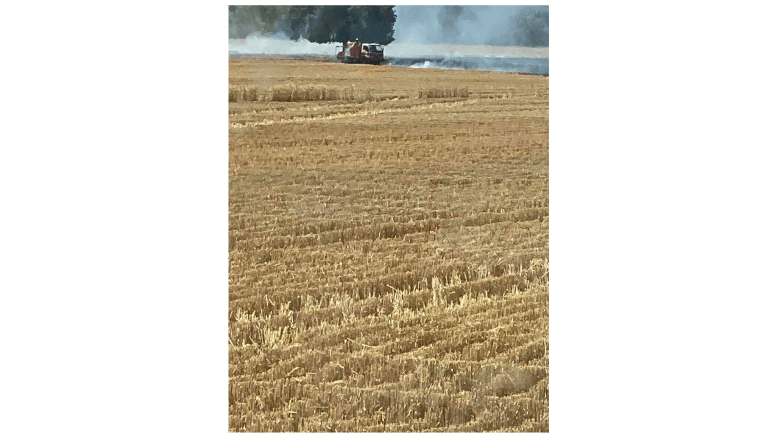 Posted By: The Condobolin Argus December 3, 2020

Fire has destroyed around 200 hectares of crop in the Condobolin area and 120 hectares of grassland at Tullibigeal.

A grassfire destroyed 80 hectares of crop at Ootha, near Condobolin.

The Condo RFS crew were called to a running grass fire on Wednesday, 18 November. They, and others, responded with nine trucks on the scene, containing the blaze.

“Thank you the volunteer firefighters from around the area who responded to the call to assist at Ootha,” a post of the Condo Rfs Facebook Page read.

On Friday, 20 November a fire north of Condobolin destroyed approximately 120 hectares of crop.

“With exceptional teamwork between NSW Rural Fire Service volunteer firefighters and local landholders in private firefighting vehicles, the fire was quickly brought under control after having burnt through approximately 120 hectares of crop,” a post on the Condo Rfs Facebook Page read.

“A huge thanks to those who responded to the call – RFS volunteers and local landholders alike.”

Then On Sunday, 22 November a fire burned approximately 120 hectares of grassland on the Tullibigeal Road. Brigades worked hard to stop the spread of the blaze with containment strategies.
According to the NSW Rural Fire Service Mid Lachlan Valley Team Facebook Page, it has been a busy time since 6 November.

“Our brigades have attended 25 incidents with the majority being related to harvest operations,” a post on 18 November read.