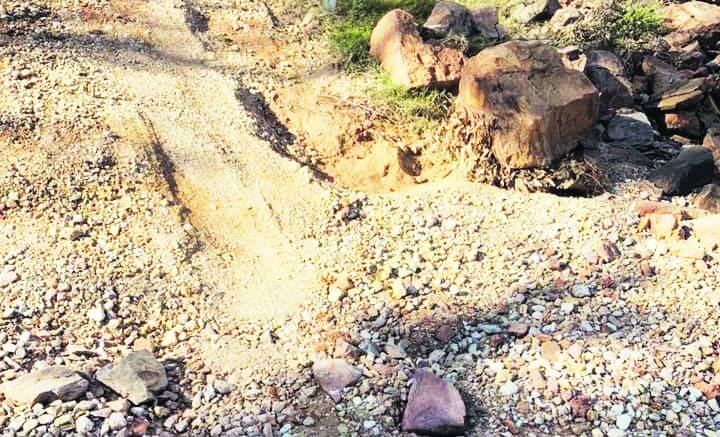 Condobolin resident Tarmia Haworth is beyond frustrated and angry over the state of Boona Road.

She travels the road with her three small children on a daily basis and has raised concerns about how dangerous the situation has become on the unsealed section at the Murda Creek Crossing.

She took to social media on Sunday, 28 March to vent her exasperation.

“Seriously Lachlan Shire, does someone need to be killed before you fix our road PROPERLY … it’s so dangerous!!!” she wrote.

“Not only is there 20-30 women and children that travel this road daily, but also farmers and machinery, stock trucks, grain trucks and more importantly it’s a school bus route – which might I add the bus cannot safely go through this so parents are driving their kids 20km plus to get to the bus.!!

“I understand it has just been flooded but you are good enough to send someone out with signs – try sending something that will fix it SIGNS DONT FIX THIS!!!.”

In responding to the post, another Condobolin resident said: “Thanks Tamia for posting this. No matter how bad any road or washout gets, the shire seems to think that posting signs is an appropriate and long-term solution. We are concerned that it is only a matter of time until these ‘remedies’ cause a serious accident, particularly for people unfamiliar with local road conditions.”

After speaking with the Argus, Tarmia said “The photos do not do it justice at all – if someone came flying out there and wasn’t aware you would die if you hit it too hard. We need to fight for a long-term solution as well now. They keep fixing it and putting new gravel in the holes but as soon as the creek flows, we have the same problem.”

“We had many road closures and much damage across the over 4,000 kilometers of road we look after,” he explained.

“While the roads are still wet, it can often be very difficult/impossible to fix the road and we end up doing more damage than good.

“It is a priority after wet events like we have experience to get roads passable as quickly as possible. On occasions, it is not possible to get a crew to site as quickly as we would like, so signs are installed to advise motorists where hazards and damage still exists.”

A Council crew did attend the Murda Creek Crossing on Boona Road on Monday, 29 March to inspect and repair the damaged section.

Lachlan Shire Council completed some grade/water/roll works along Boona Road, no more than six weeks ago, according to Mr Milne.

A long term solution to the Murda Creek would be an upgrade to the Causeway. However, this type of long term solution is not currently in the budget. Mr Milne said other crossings, such as Bulbodney Creek, Tiger Creek and Humbug Creek, which were still underwater, also needed to be taken into consideration for upgrades.

Mr Milne said while staff do monitor Council’s social media, the most effective and accurate way of communicating problems to Council is to contact them directly. 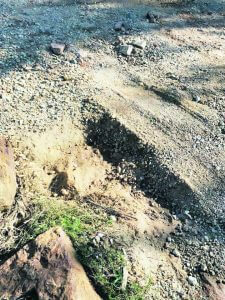