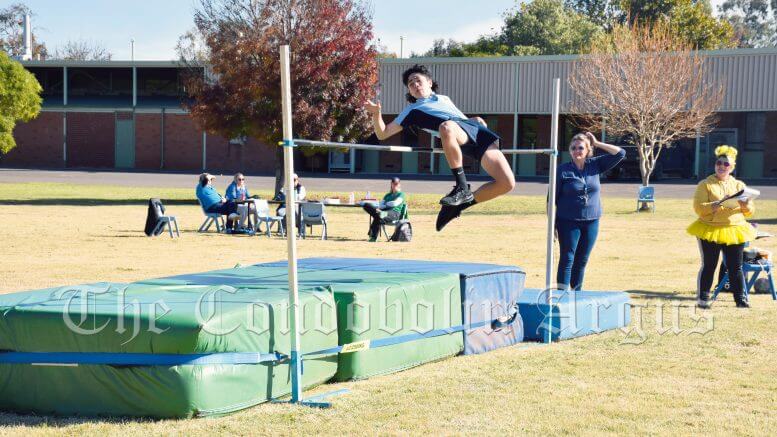 It was a record breaking athletics carnival for Condobolin High School on Wednesday, 19 May.

Four records were broken on the day, some of which had been held for 37 years.

Mia Noll broke a long standing (1984) record in the 17 years plus Girls High Jump. Terri Kildea previously held the record at a height of 1.44 metres. Mia jumped 1.49 metres and will now contest the event at Western.

Triston Ross continued the High Jump success. He jumped 1.53 metres in the 13 Years Boys event. The previous record was held by Craig Hucker (1984) with a height of 1.52 metres. 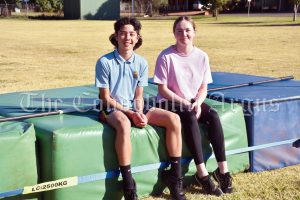 Triston Ross and Mia Noll both broke long standing high jump records at the Condobolin High School Athletics Carnival on 19 May. Triston jumped 1.53 metres, breaking the record previously held by Craig Hucker way back in 1984. Mia cleared 1.49 metres, with Terri Kildea holding the record since 1984 until it was broken. Image Credit: Melissa Blewitt. 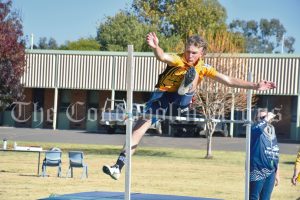 Riley Keen broke the 15 Year Boys Discus record with a throw of 40.66 metres. This record was previously held by Jed White (2013) with a distance of 34.1 metres. Riley also had a great day at high jump, taking first place in the 15 Years category. Image Credit: Melissa Blewitt.