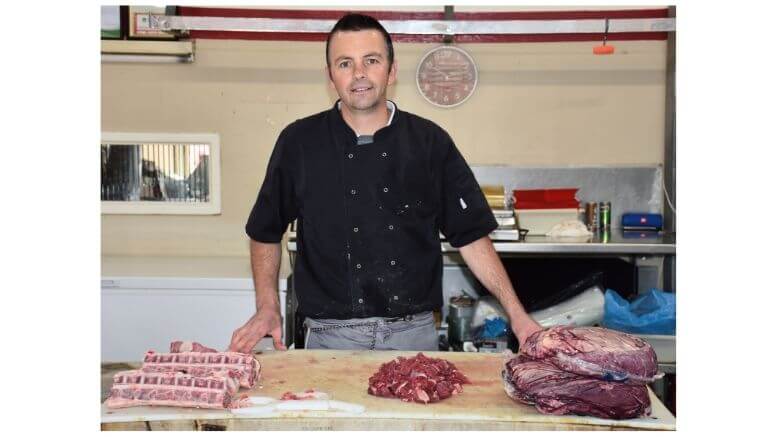 Owner of Condo Quality Meats, Darryl Nairn, has been one of the lucky businesses to have fared reasonably well during the COVID-19 pandemic. Image Credit: Melissa Blewitt.

Condo Quality Meats is one local business which has fared reasonably well during the COVID-19 pandemic.

According to owner Darryl Nairn, he was inundated with customers during the second half of March.

“During the last two weeks of March we were crazy busy,” he explained.

“We had more than double the amount of business we would normally have.

“I think people were really concerned about food supply and where they may be able to access certain foods if there was a shortage.

“We certainly had an increase in sales and we even sold out of certain meats like chicken during this time.”

He added it had settled down over time, and business was back to normal trading now.

“One area of the business we do not have at the moment is supplying meat trays to the Clubs for raffles. So that side business has been put on hold,” Darryl stated.

“Overall we have adapted to the new regulations within the store, putting a cap of two people allowed in the butchery and asking customers to pay via Eftpos wherever possible.”

Condo Quality Meats has not had to reduce staffing levels, and is grateful for all the support it has received during such a difficult period.