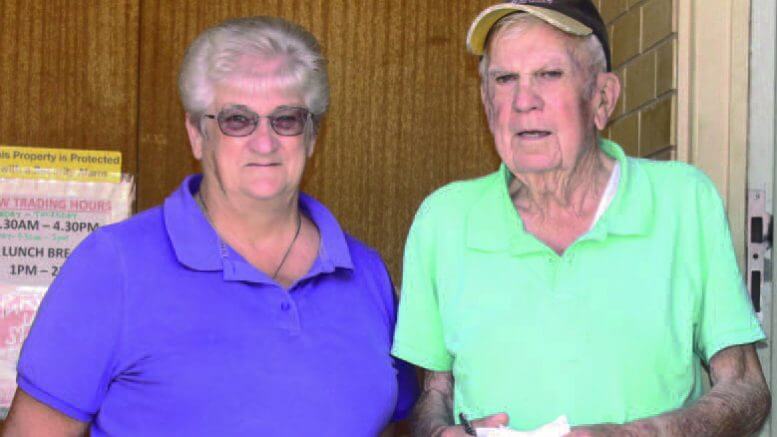 After almost 37 years in the business, district posties Brian and Marilyn Hill have retired.
The Lake Cargelligo couple, now both in their mid-70s, officially finished Friday 11th March 2022.
“It’s been a good time,” Brian said. “I have no regrets at all. It certainly wasn’t a quick decision, but I’m fully convinced now is the right time to retire,” he said.
Until Friday, the couple drove on average about 900 kilometres each week, delivering to some 85 mailboxes along their route.
“We delivered the mail twice a week and travelled to the Hillston, Condobolin, Tullibigeal and Burgooney districts,” Brian said.
For many years the couple also drove school buses around the area.
“Marilyn had a short run while I would drive about 200 kilometres a day and we delivered the mail in between,” he said.
Brian and Marilyn first came to be involved when the Burgooney Post Office shut down in the mid-1980s.
“In 1985 the Post Office closed and the mail was sent to Lake Cargelligo instead,” he said.
“So I put in a successful tender to deliver it, and started work on July 1 that year.
“Over the past 10 years, another three or four district mail runs were amalgamated so I ended up with the lot.”
When he first started delivering, Brian recalled using a two-wheel drive Mazda, but soon decided it was worth upgrading.
“It wasn’t long before I switched to using four-wheel drives and I’ve never gone back,” he said.
Reflecting on his time with Australia Post, Brian said the job has had its ups and downs.
“Some days when I’m out driving through the hills, I think I should actually be paying them,” he said.
“But other days when a few inches of rain falls and I’m slipping and sliding and going all over the place, I’ll say to myself they don’t pay me enough money to do this.”
Brian has not witnessed too many changes to the job in his time as a postie.
“I started off using a road map and after a few years I got to know the area, so I don’t need a GPS,” he said.
However, over the last few years, he’s noticed an ‘explosion’ of parcels.
“We used to get a few parcels a day, but [now] there are up to a few hundred,” Brian said.
Barcodes have also been phased in and they have certainly sped up the process,” he said.
In retirement the couple plans to travel, visit family and enjoy a few more outdoor activities such as fishing.
Story Courtesy ofLake News (Andrew Mangelsdorf). 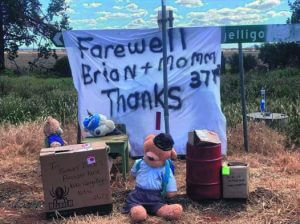 Karen Bartholomew is one of the many customers Marilyn and Brian have gotten to know over the years. Karen is sad to see them go but wished them a happy retirement with a big sign and set up on the side of the road made with teddy bears. Image Credit: Karen Bartholomew/Shellie Hill Lawlor on Facebook.