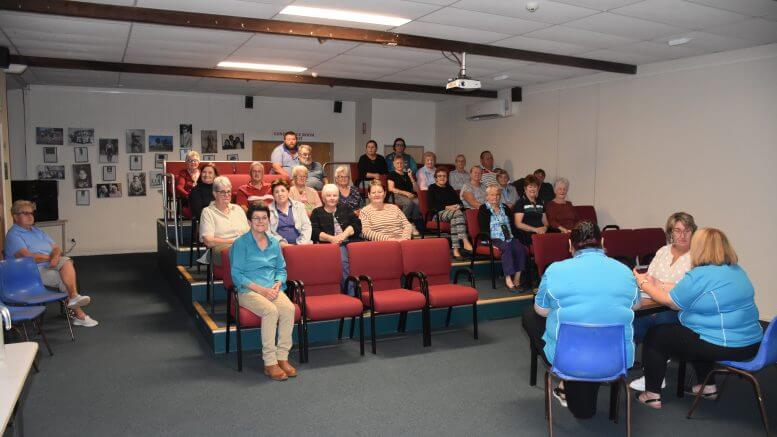 Around 40 people packed the Callara Community Theatre to air their concerns at the state of the health services in Condobolin on Thursday, 15 April. The overwhelming message conveyed is that health care and associated services in Condobolin are sadly lacking and something needs to be done now to address the situation. Image Credit: Melissa Blewitt.

“It’s not the NSW Government suffering, it’s our families.” “Once you make the health system about money you destroy it.” “Why are services so much better for people in the city – we are important too.” “It’s frightening what we have to put up with out here, why is no one listening or trying to help us?”

These are the stark comments that summed up a Hospital Meeting held with Electorate Officer Danilla Cooney and Senior Electorate Officer Joy Martin from State Member for Barwon’s Roy Butler’s Office at Western Plains Regional Development, on Thursday, 15 April.

Around 30 people packed the Callara Community Theatre to air their concerns at the state of the health services in Condobolin.

The overwhelming message conveyed by attendees was that the health care system in Condobolin is sadly lacking and something needs to be done now to address the situation.

A number of community members shared their very harrowing personal experiences with the room, and brought tears to the eyes of many.

A number of these stories are featured on Pages 2 and 3.

One member told the audience how her father came to live with her because he had been diagnosed with terminal liver cancer, then she was forced to administer morphine in his last days, as there were no palliative care nurses available for the area, as it was over the Christmas period.

Another told of how they had laid in bed for over six days in Hospital without a shower, and that a family member had to bring in a wet towel from home to help bathe them. “I signed myself out [of Hospital],” they said.

A further member, said their father had been ill and attended the Condobolin Hospital, and after 28 hours of “getting nowhere – not even getting his blood pressure taken” they drove him to Orange where he was diagnosed as having had a stroke.

Another example was given where a lady had a massive bruise on her leg with no known cause, and attended the Hospital, where she had a Telehealth consult before being put in a ward where she “did not see anyone for days.”

The claims shocked both Ms Cooney and Ms Martin, who vowed to make Mr Butler aware of them as quickly as possible.

Ms Martin told the meeting: “The whole health system in rural areas is exactly the same. I can tell you, because I look after other areas, that you are not alone. I don’t know how you fix something that is so broken. You have had enough. This has been going on for a lot of years.”

Another attendee said the town clearly needed to identify what they wanted as a community.

“As a community, we really have to identify what we really want to ask the government for, because we have heard what the hospital was like in 1970, but in 1970 our life expectancy was about 72, so it’s now changed, but expectations of health are so much higher. What services do we want at the hospital? When we talk about Palliative care – people expect that to be able to be done in town.

Let’s be very pointed in what we want.”

The working party met on Saturday, 17 April after the meeting.

This is a statement from the Condobolin Doctor Crisis Working Party:

“A letter has been written expressing our issues and concerns that is being presented to Roy Butler by our General Manager, Greg Tory and our Mayor, John Medcalf (OAM). In the coming weeks,

the working party will be collecting stories from local residents that will form part of a future submission.”

The Condobolin Doctor Crisis working party would welcome any contact from members of the local community and can be contacted individually or on doctorcrisis.condobolin@gmail.com. 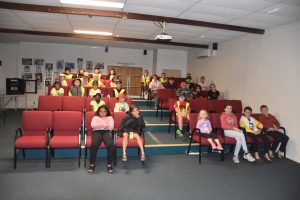