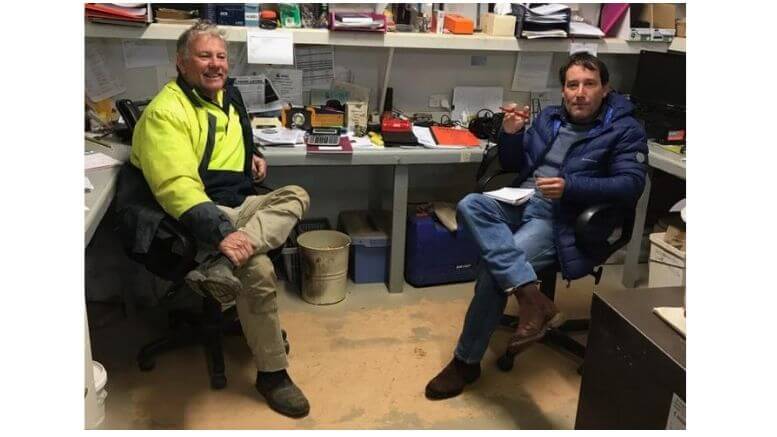 A national magazine travel journalist has visited the local area and will write several stories on the Lachlan Shire.

Council Tourism and Economic Development Officer Debra Keane guided the reporter around the shire and said it was good to see national media showing interest in local tourism products.

Whilst in the Shire, Mr Eastwood met with Mayor John Medcalf OAM and discussed the difficulty Council is experiencing with getting water for Gum Bend Lake.

“Council continues to explore any avenue possible to obtain water allocation from the NSW Government and publicising the issue is one way to get the message out there,” a statement released by Lachlan Shire Council on Tuesday, 11 August said.

“The magazine feature stories will cover areas of interest to potential shire visitors and will appear in the Travellers section of in the October/November issue of Outback magazine,” “That issue is specifically targeted at getting people out into rural areas.

“Mr Eastwood spent two days as a guest of the Shire, visiting Mt Tilga, the Bolo Chapel and Lake Cargelligo.

“The magazine has an audited circulation of 61,836 net paid sales and an average readership per issue is 390,000. It can be purchased from any RM Williams retail store and most newsagents.”