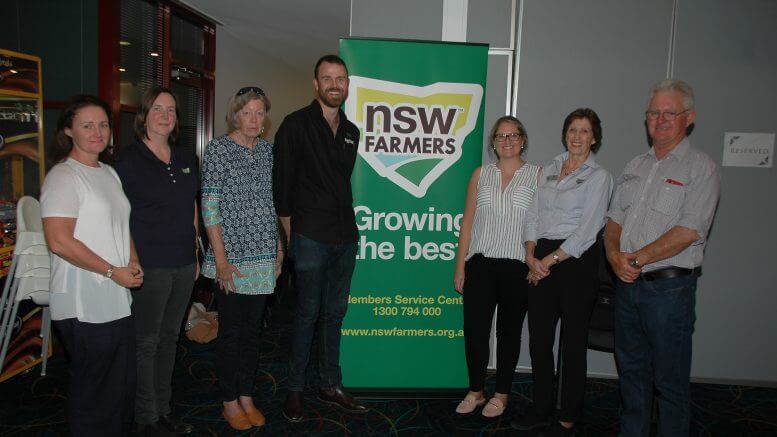 Dan Winson, from the newly established Agrinet, was a key speaker at the NSW Farmers Condobolin Branch AGM held at the RSL on Thursday the 22nd March.
Dan has found a way to offer farmers and businesses in isolated areas, with minimal to no mobile and internet service, a way to “Wi Fi” their farms so they are able to take up on the new technology that is dependent on mobile or internet coverage.
Dan has been working with Robin and Anne Sanderson, 40ks North West of Condobolin to establish a Wi Fi service across the three thousand acreas of “Tullinga”.
“At first I was not sure it would work for us because we are quite low at our house and we do not have mobile service however $3,400.00 (ex GST) later we have good coverage across the farm and can phone within 100 metres of our ute from anywhere on ‘Tullinga”. I’m very happy” Robin said.
Quite a few of the farmers present have since contacted Dan to see if they can do something similar.
The meeting passed a motion for the NSW Farmers Annual Conference to urge the Government and major Telcos to work with Technology Groups such as Agrinet to come up with joint boutique solutions in isolated areas.
“Australia has one of the most efficient and progressive farming sectors in the world yet in many places we can’t access basic technology available to improve production” Mr Sanderson said. “Because of this we are starting to fall behind.”
For more information please go to Agrinet.com.au.