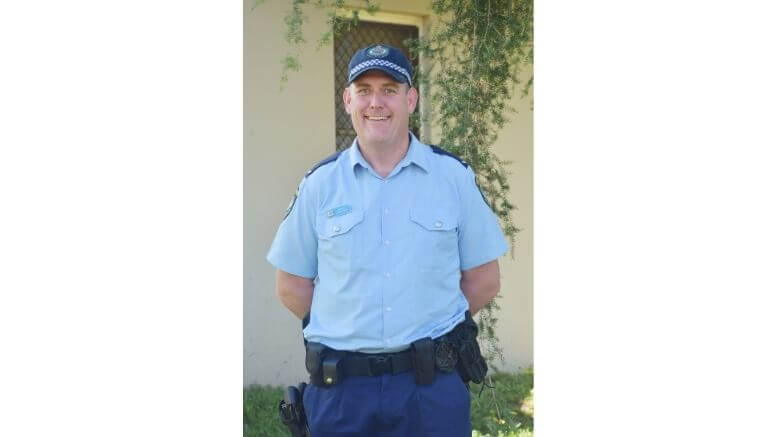 Constable Dean Reid has joined the ranks at the Condobolin Police Station.

His first day was on Monday, 21 September and he is looking forward to working in a small rural community.

Constable Reid has made the move to Condobolin, after spending two-and-a-half years in Wagga Wagga. The move will bring him closer to his family, who live in Forbes and Parkes.

Originally from Grenfell, the journey to becoming a Police Officer wasn’t a straightforward one.

“Becoming a Police Officer was always something I wanted to do,” Constable Reid explained.

“I thought about it while I was at school.

“Back then you were to go to University or get a trade. So I got a trade. Then you have a family and life moves on. Then you get to a point where you think it is now or never.”

He used to be a fitter and turner by trade. Constable Reid had a Hardware Shop in Grenfell and worked in Forbes for around 14 years with Bush’s Pet Food.

It was then, he decided it was time to follow his dream of becoming a Police Officer.

“I always wanted to do it [join the Police] and I just decided it was time,” he stated.

Constable Reid was determined to become involved in rural policing, and when the opportunity came to transfer to Condobolin, he eagerly applied.

“I am looking forward to being involved in a small community and getting to know the locals,” he said.

Constable Reid will make Condobolin his home, and his partner will join him at a later date.