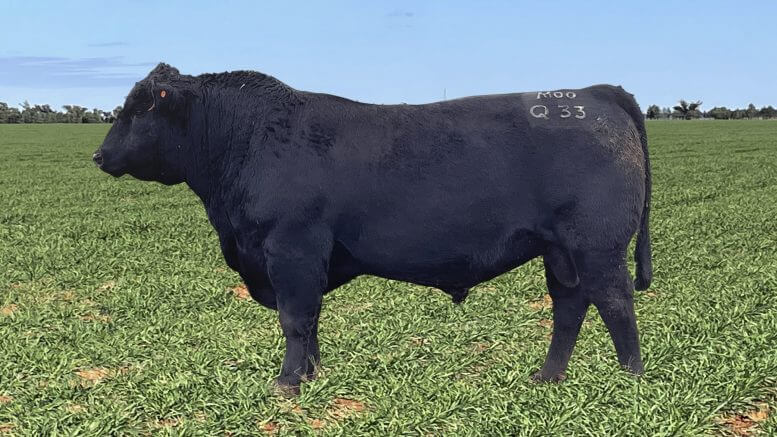 Lot 7, Moogenilla Q33 sold for a top price of $64,000 at the Moogenilla Angus annual bull sale which was held in Forbes on Friday, 6 August. He attracted strong interest from commercial and seed stock breeders;

Moogenilla Q33 was the star of the show at the Moogenilla Angus annual bull sale which was held in Forbes on Friday, 6 August.

A full clearance of 48 bulls was achieved by auctioneer Luke Whitty of Kevin Miller Whitty Lennon (KMWL), with an average of $14,584 and a top price of $64,000. Lot 7, Moogenilla Q33 attracted strong interest from commercial and seed stock breeders.

The successful bidders were a syndicate of Rennylea Angus, Pathfinder Angus and Agri Gene.

His semen will be marketed world wide by Agri Gene.

“Many thanks also to new and repeat clients from Tottenham, Nyngan, Hillston, Warren, Ivanhoe, Orange, Gundagai and many locations in between.

“Many breeders have reduced numbers post drought, but we hope they all have some steers to sell into this record cattle market of 2021.” 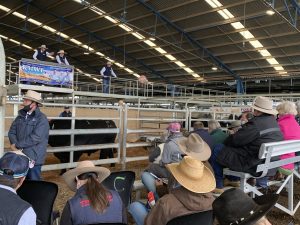 The Moogenilla Angus annual bull sale was a big success, with a full clearance at an average of $14,584. Images Contributed.