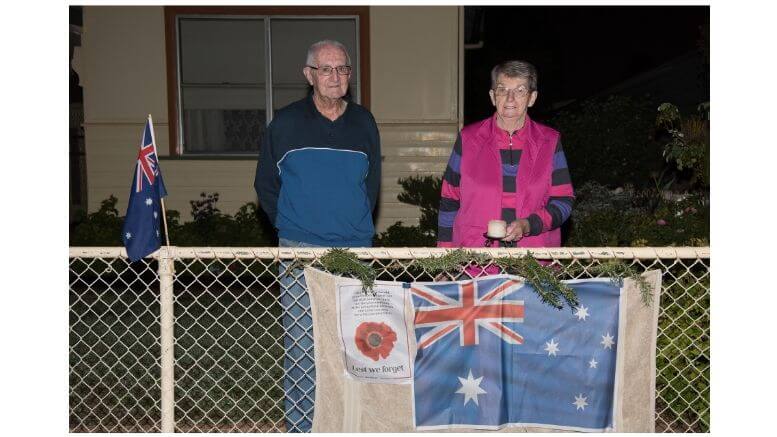 There were no public commemoration services, no marches, no two-up and no drinks with mates of old.

But that didn’t stop Condobolin or the Lachlan Shire from remembering the deeds of those from the past and present, who helped keep Australia a free nation.

Early last Saturday morning (25 April) many residents of Condobolin joined the 2020 ANZAC Day movement – Driveway at Dawn to honour those many men and women who served and continue to serve in Australia’s armed forces.

Due to normal ANZAC Day services being unable to take place, the Driveway at Dawn movement encouraged Australians to stand at the end of their driveways and to take a minute of silence to commemorate the occasion.

Locals showed ingenuity and creativity in making displays to honour the country’s service men and women.

Mick Mooney amplified The Last Post over his speakers for the residences of Orange Street at 6.30am, with many neighbouring streets being able to hear it play.

Planes also flew over Condobolin at 6.30am. The Condobolin Pipe Band along with other Pipe Bands from across Australia played ‘Amazing Grace’ at 11am.

A number of wreaths were laid at Memorial Park, with all participants abiding by social distancing regulations.