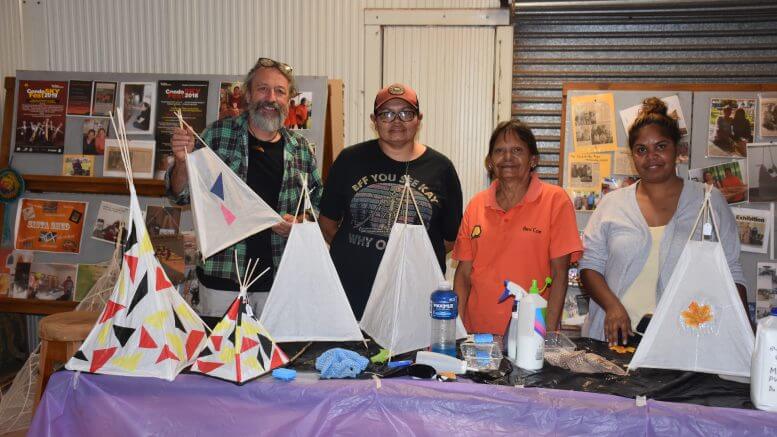 Sky Lanterns will fill the Condobolin atmosphere as part of the Condo SkyFest 2021:  Miima Warrabinya.

The Sky-lanterns Project will see locals create beautifully unique lanterns which will be released during the event.

making giant lanterns and is very enthusiastic about lanterns as a way of enlivening special events and celebrating cultural heritage.

Bev is committed to creating large artworks, such as the giant Celestial Emu she and the Sistas made for the first Condo SkyFest, as a way of passing on traditional stories to young people

She and the Sistas have begun designing and making giant lanterns of mythic figures from Wiradjuri star lore.

The teachers learned how to make smaller lanterns, so they in turn could show their students how to make and decorate them for SkyFest.

The Condo SkyFest working group, including CEO Ally Coe, hope that every child in Condo will make a sky lantern and participate in SkyFest’s inaugural lantern parade on the evening of Saturday, 4 September.

Prizes will be awarded for the most attractive and creative lanterns.

Phil will be returning to Condo to conduct another workshop on fire sculptures later in the year. He’ll help design a large sculpture to be ceremonially burned as a dramatic grand finale for Condo SkyFest 2021: Miima Warrabinya. 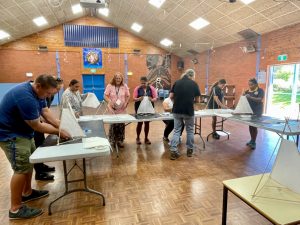 Condobolin Public School teachers learned how to make smaller lanterns on the 31 March, so they in turn could show their students how to make and decorate them for SkyFest. Image Credit: Marion Packham. 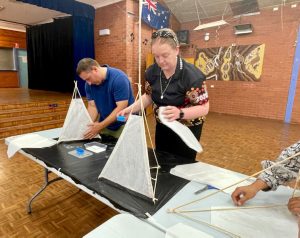 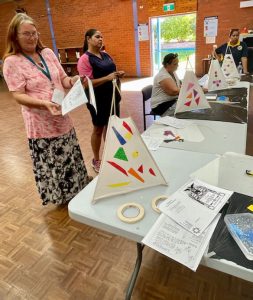 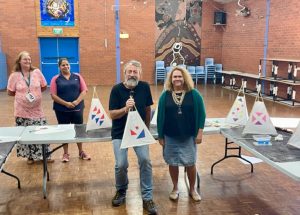 Phil Relf and Marion Packham participated in the Sky-Lantern Workshop at Condobolin Primary School. School children will make lanterns for SkyFest and there will be prizes for best decorated and most creative pieces. Image Contributed.