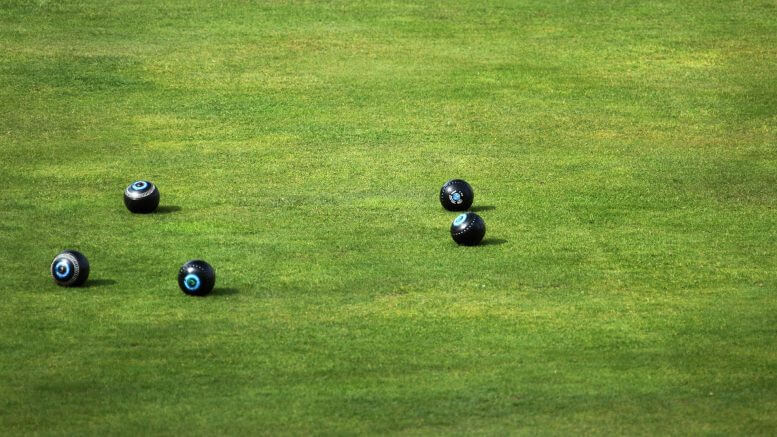 Semi finals of the Club Championship Pairs were dated for play on or before Saturday 26th June.

This was a very hotly contested game. Janelle and Marilyn, nine shots up after the third end, Pam and Colleen closed the gap, scoring seven shots on the next two ends. Then the unexpected: they went down four shots in the next end, then scored eleven shots in the next five ends to lead 18-14.

Both teams scored alternatively for the next six ends. Pam and Colleen defeated Janelle and Marilyn 20-19. Congratulations to both teams for a very enjoyable match.

In the other semi final, Danielle Thompson and Wendy Ryan received a forfeit from Marg Dopper and Beryl Field.

The Final is to be played within a fortnight: Danielle Thompson and Wendy Ryan to play Colleen Helyar and Judy Johnson.

Cathy took an early lead, as Yvonne needed to work off her four shot deficit, and after six ends Cathy had three shots and Yvonne was ready to start scoring. Cathy narrowly kept in front on the score board, 8-7 after the fourteenth end. Yvonne scored four shots on the next end 8-11 to hit the front. After nineteen ends, Cathy had clawed her way back to the lead 13-11. But then dropped another four shots on the next end. Down 13-15, Cathy won the next three ends, now leading 19-15, omg not another four shots to Yvonne, 19-19. The next four ends went to Yvonne 19-27. Cathy won the next five ends to bring the gap back to two, 25-27. No more lapses in concentration for either player, winning alternate ends until the thirty seventh end, a fitting score 30-30, Cathy won the next end 31-30. Congratulations to both players. The Marker, Pauleen Dimos, thanked both players on their game! What a way to spend Sunday morning! Good bowls, good weather and most importantly, great sportsmanship.

There is one game left to be played in the first round of the Handicap Singles, between Zena Jones and Samantha Dawson. This game has not been dated as yet, but players are asked to have this played as soon as possible.

All Positions are Declared Open and Nomination forms are on the board and close 21st July 2021, please place completed forms in green ballot box in ladies locker room.

Nomination forms for the Southern Slopes District Womens Bowling Association are also on the Notice board, all Positions are vacant.

Complete Nomination Forms to be delivered to Secretary by the SSDWBA Gala Day at Condobolin on 8th July 2021. Please do not place the SSDWBA nominations in green ballot box, give to Secretary.

On the draw for Social bowls Thursday 1st July are Marg Dopper and Judy Johnson.