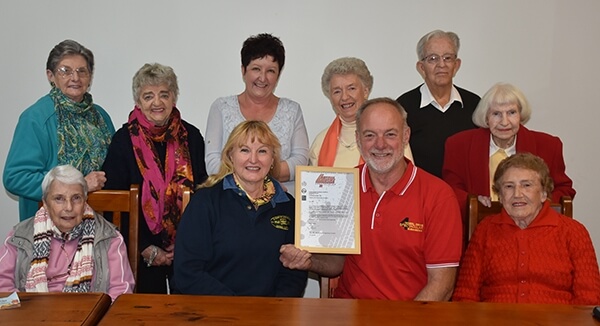 He explained the Land Rover Club of the ACT was one of three Clubs that join together to organise a bi-annual event known as the Combined ACT Four Wheel Drive Clubs Four Wheel Drive Spectacular and Outdoor Recreation Show. “The last event was run in February of this year and at the conclusion of the Spectacular the members nominated which charities they wanted to support,” he said. The Condobolin UHA benefitted from the Spectacular in 2016, as well, but this time the donation was double the amount. “The Clubs and Show organising committee recognise the important work the Auxiliaries perform in providing service and supporting the welfare of our hospitals.” Andrew stated. MB