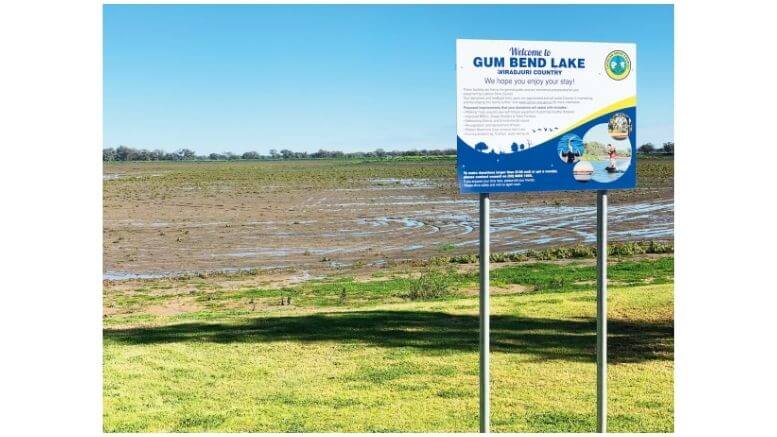 Gum Bend Lake in Condobolin will be filled for the 2020/21 season.

Councillors unanimously resolved to fill the recreational facility for the upcoming summer period at the Lachlan Shire monthly meeting, on Wednesday, 23 September.

“This is great news for the local community and comes after the State Government recently increased General Security water allocations to 28 per cent for the Lachlan Valley,” a statement from Lachlan Shire Council on Friday, 25 September said.

“This means there is now enough water available for Council to fill the lake.

“Council understands the vital role this lake plays in the recreational and tourism activities of the Lachlan Shire and, despite there being uncertainty around how long the lake can be kept open, Council has made the decision to start filling the lake around mid-late October.”

Gum Bend Lake is expected to be open to the public for use by the start of December.

Lachlan Shire Mayor John Medcalf OAM said he is excited that the local community will now be able to enjoy water activities on Gum Bend Lake.

“We are thrilled to be able to start filling the Lake with the water that we have available, considering the social and economic benefits that having a full lake over the summer period brings to the shire,” he explained.

“Hopefully there will be more rain over the coming months and that there will be an increase in water allocations with the filling of Wyangala Dam to make even more general security water available.”

In anticipation of re-opening the lake, Council completed leak sealing works earlier this year, though is still unclear how much extra water this will allow the lake to retain.

“After being approached by Council recently, mining company Clean TeQ have generously agreed to donate 100 Mega litres of their General Security water allocation which will allow an extra three weeks of usage of the lake.,” the statement went on to say.

“There remains a positive outlook for further rain in the coming months which hopefully will allow Council to keep the lake filled for a long period of time.

“At the December Council meeting, there will be additional information available and Council will be able to make a more informed decision about how best to proceed with the future operation of the lake through to the end of summer,” the statement concluded.