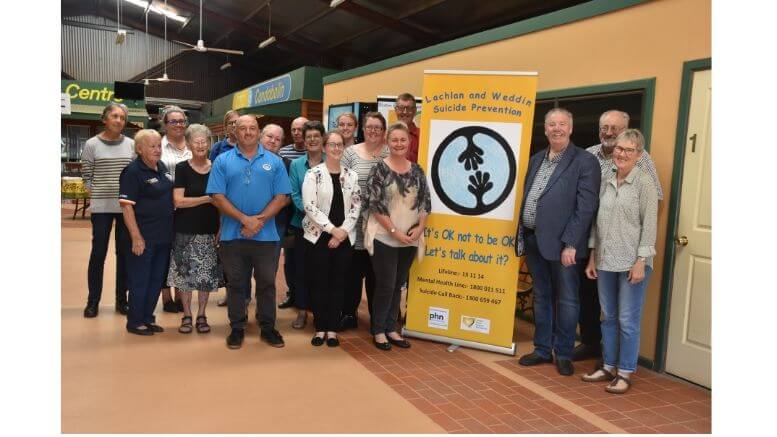 Retired Policeman Gary Raymond visited Condobolin to share his expertise and experience with the local community.

He was in town to discuss suicide prevention strategies, and attended several meetings including one at the Ootha Rural Fire Service where he presented ‘Don’t give up hope!’ On Saturday, 7 March, he gave a talk entitled ‘The Cop Surrenders’ at the Presbyterian Church on Sunday, 8 March. Emergency services and community members attended an event at Western Plains Regional Development where his talk was called ‘Critical Incident Response and Dealing with Grief, Suicide.’ That took place on Monday, 9 March.

There was only praise and positive feedback for Gary and his visit. Organisers were happy with how successful the visit to Condobolin was.

Gary has worked mainly in Police Rescue. He has attended some of most recognised traumatic events across Australia.

Gary has also involved in the investigations of murder victims Anita Cobby (Blacktown) and nine-year-old Tess Debrincat of Quakers Hill. He was also part of the team which investigated the assassination of MP John Newman at Cabramatta.

He is still called upon by the Police Service (as a volunteer) and other emergency services to counsel people, as with the ongoing bushfire problems and the trauma these fires have caused with emergency service staff.

As well as holding a diploma in Vocational Education and Training, Gary also holds a Police Medal, and an OAM. He has worked as a uniformed officer in the Salvation Army and currently acts as a chaplain for a number of community groups.