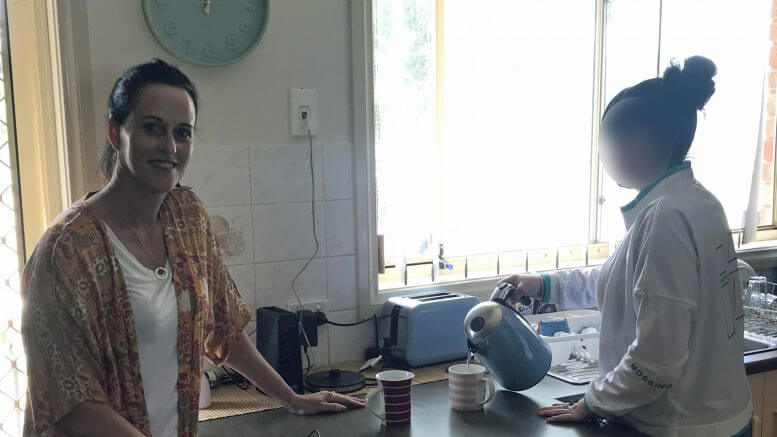 A Central West woman who spent 15 years in-and-out of prison for drug and shoplifting offences, is now on the road to rehabilitation thanks to a dedicated Community Corrections officer.

Tracey Gould (name has been changed for privacy reasons) has managed to kick her drug habit, stay out of prison and for the first time in her life is saving money and renting her own home.

“Although I know I have a long way to go, I really feel that my life is on track for the first time in a long time,” Ms Gould said.

“I wanted to share my story in the hope that it might help others to change their life and stay away from drugs and their offending behaviour.”

The 33-year-old was released from custody in July 2019, to serve two Community Corrections Orders under the supervision of Corrective Services NSW officer, Alecia Jones.

The Forbes-based Community Corrections officer said the majority of Ms Gould’s offences were to support her drug habits, so addressing her addiction was a priority.

“Tracey was well known to the Justice system and her life story may not be dissimilar to many other people that we supervise – since the age of 15 she has led a chaotic life with repeated crime and significant drug use,” Ms Jones said.

“But in the past 19 months, I’ve seen a significant change in her behaviour. She hasn’t missed any appointments with us, she’s attended her Community Service Work hours, her drug tests are negative and she’s engaging meaningfully with our services and support.”

One of the tools employed by Ms Jones is known as the Practice Guide for Intervention, in which officers work one-on-one with offenders through a series of modules to address their offending behaviour.

These modules and practical exercises encourage an offender to think seriously about self-awareness, goal-setting, dealing with setbacks, interpersonal relationships, conflict resolution, as well as managing stress, anger and drug cravings.

The offender is also offered support with housing, job skills and education pathways.

“I realised that if I didn’t make some big changes to my life then I would be back behind bars,” Ms Gould said.

“So with the support of my Community Corrections officer and my partner, I actively made a decision to turn my life around.”