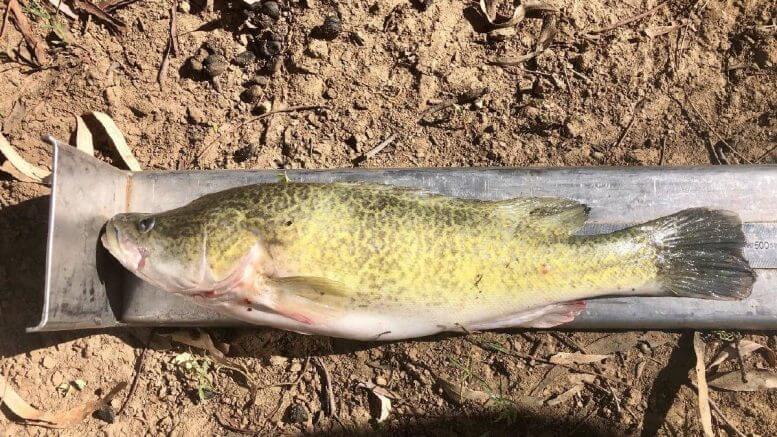 Examples of the undersized Murray Cod seized. The legal length for Murray Cod is between 55cm and 75cm, with a daily bag limit of two and possession limit of four. Image Credit: NSW DPI Fisheries Facebook Page.

Murray Cod were seized and offences detected during inland patrols blitz in the Condobolin and Lake Cargelligo areas over the summer holiday period.

In the month of January, fisheries officers inspected 164 fishers across the Condobolin, Lake Cargelligo, Cowra and Forbes areas. Disappointingly 45 (27 per cent) of these were found committing 47 offences.

Penalty notices totalling $7,075 were issued for the offences detected during these patrols.

In detecting these offences fisheries officers seized 14 prohibited size Murray Cod measuring 42centimetres to 53 centimetres. Fortunately seven of these were found in live condition and were carefully returned to the water. The legal length for Murray Cod is between 55 centimetres and 75 centimetres and have a daily bag limit of two and possession limit of four.

The most serious of offending involved four people in possession of seven prohibited size Murray cod measuring between 42 centimetres and 53 centimetres found in a keeper net in the Lachlan River near Forbes.

The group was collectively issued penalty notices totalling $2,000 and a number of written warnings.

Furthermore, Officers in the South West of the state recently conducted a vessel patrol of the mid to lower reaches of the Murray River between Murrabit and Euston – including the Swan Hill and Tooleybuc areas.

They covered a distance of about 350 river kilometres over three days.

Seizures made include 11 Murray cod, four silver perch and 16 carp being used as live bait. Penalty notices totalling $8,400 were issued for the offences detected.

Members of the public are urged to report suspected illegal fishing activity by calling the NSW DPI Fishers Watch service on 1800 043 536 or report it online at https://www.dpi.nsw.gov.au/fishing/compliance. 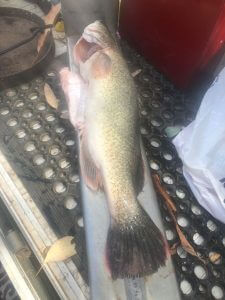