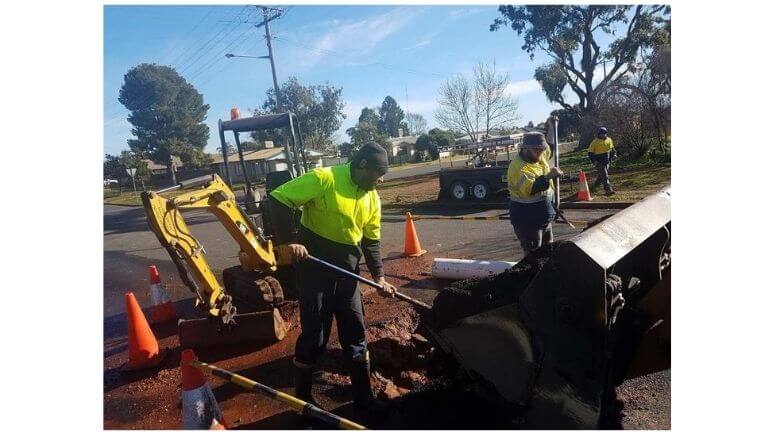 Last week the team was hard at work in Turner Street, replacing worn and leaking hydrants. The project will be ongoing throughout town and, as faulty hydrants are identified, they will be replaced.

In the last financial year, Council has replaced hydrants in Orange Street and Napier Street.

Council is in charge of the provision and maintenance of local street fire hydrants and the works are funded from Council’s annual budget.

Council’s Infrastructure Utilities Coordinator Rod Harland said his team had been working hard during the week to get the hydrants up to scratch.

“Under Local Government regulations, Lachlan Shire Council as the Local Water Utility, has the responsibility of installing hydrants in its water mains,” he explained.

“We also have to maintain the hydrants in effective working order for the operation of fire hydrants in a fire-fighting situation.

“Council has detected capped off, leaking and broken hydrants in its town water supply reticulation.”