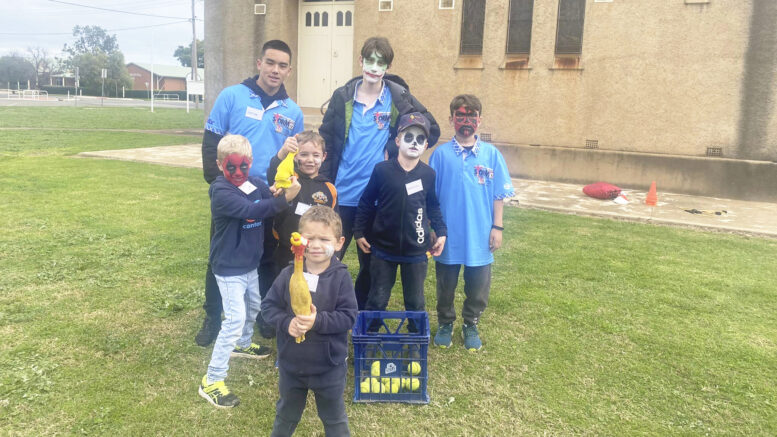 The children enjoyed playing many games.

After a two-year COVID-19 enforced absence the volunteers which make up StormCo have returned to Nyngan to provide four days of school holiday entertainment.
This year StormCo comprised 30 teenagers and adults from the Kellyville Seventh Day Adventist Church and the Hills Adventist College.
They were continuing a 17-year tradition of travelling to Nyngan, camping in the Town Hall, and running a holiday program for primary and secondary kids.
Returning for perhaps the final time were original volunteers Bruce and Robyn Evans, who have been every year. Mr Evans said some of the kids who came to the early sessions were now back with their own children.
“When we arrived earlier this week, we arranged for Council to deliver some more tables and chairs, and they were delivered by a staff member who had come to StormCo every year. She was now driving the truck and delivering the equipment!”
Mr and Mrs Evans have now taken a back seat and passed the organisational baton to some of the younger volunteers such as Elise Ludlow who was busily running the primary school activities yesterday.
Elise said the volunteers spent months planning their trip to Nyngan.
“It’s become a massive part of our church community,” she said. “It’s been disappointing we have had to miss the past three years but we plan on returning regularly.”
Nyngan mum Karlee Burt had her daughters Halee, 11 and Laynie, 3, at the sessions on Wednesday 6th July.
Carly remembers attending StormCo as a child, and said her daughters were also enjoying attending.
“It’s nice to have something to do in the holidays,” she said.
Four year old Iylah Bourke said the face-painting was her favourite activity. 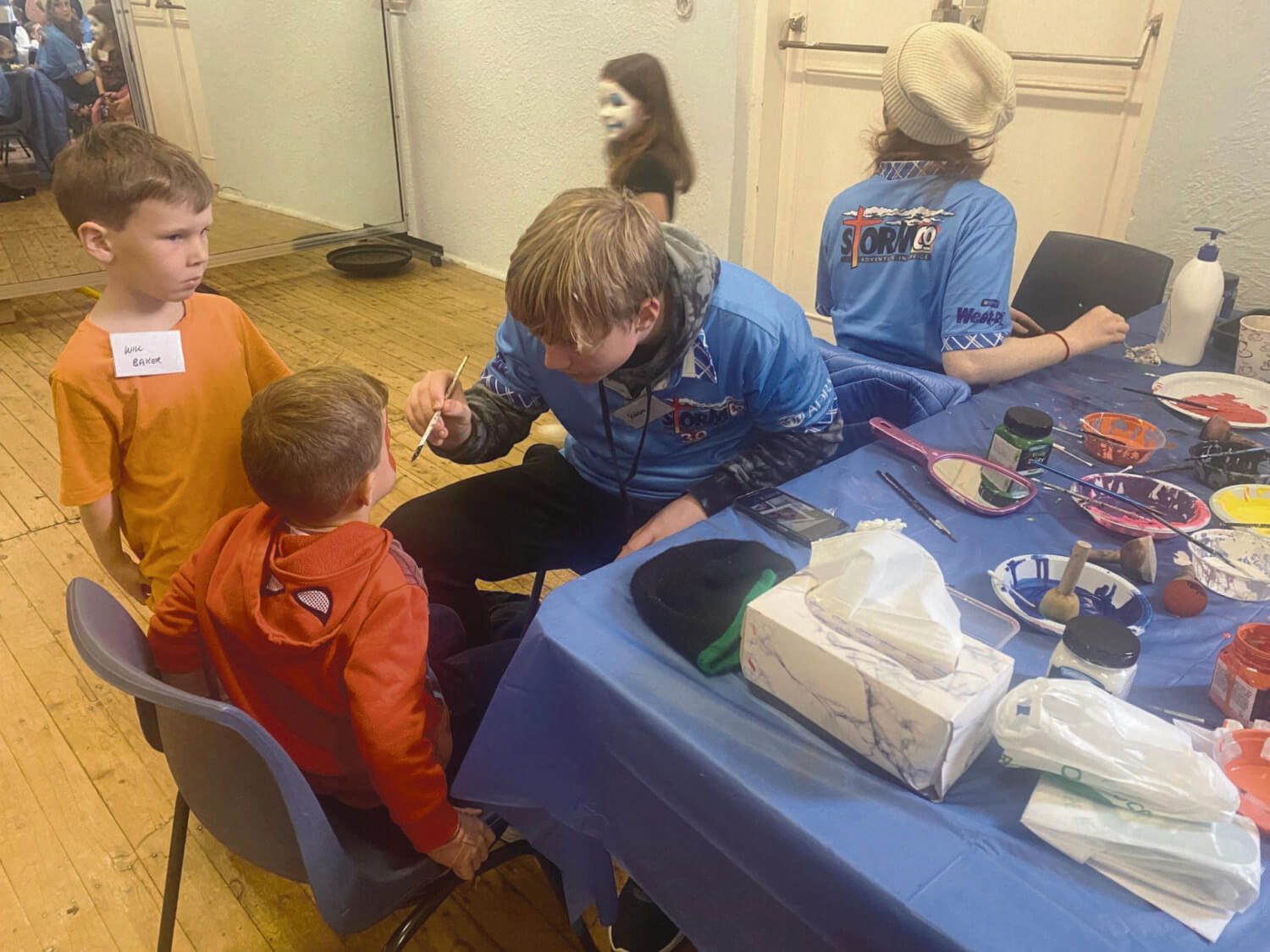 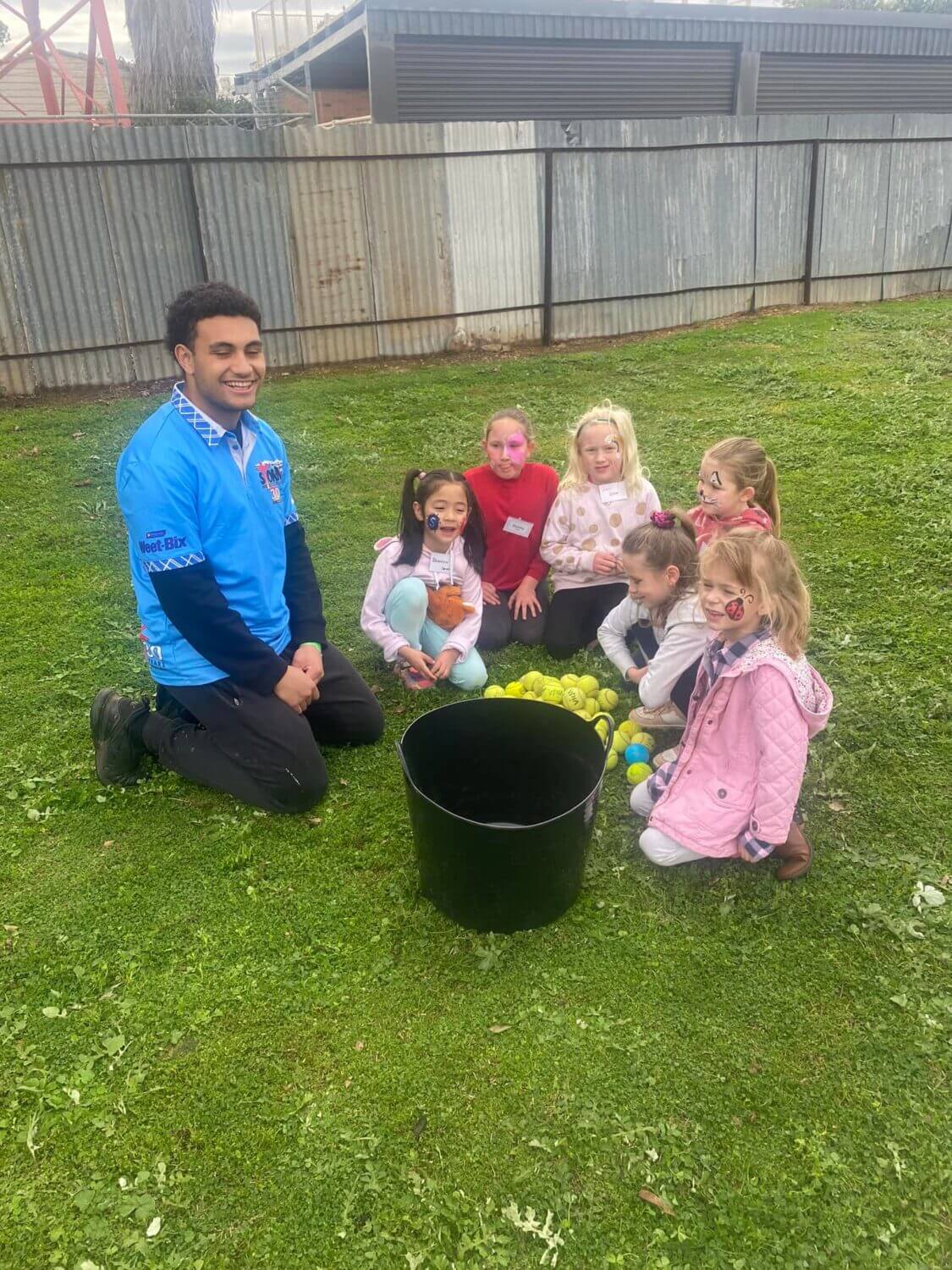 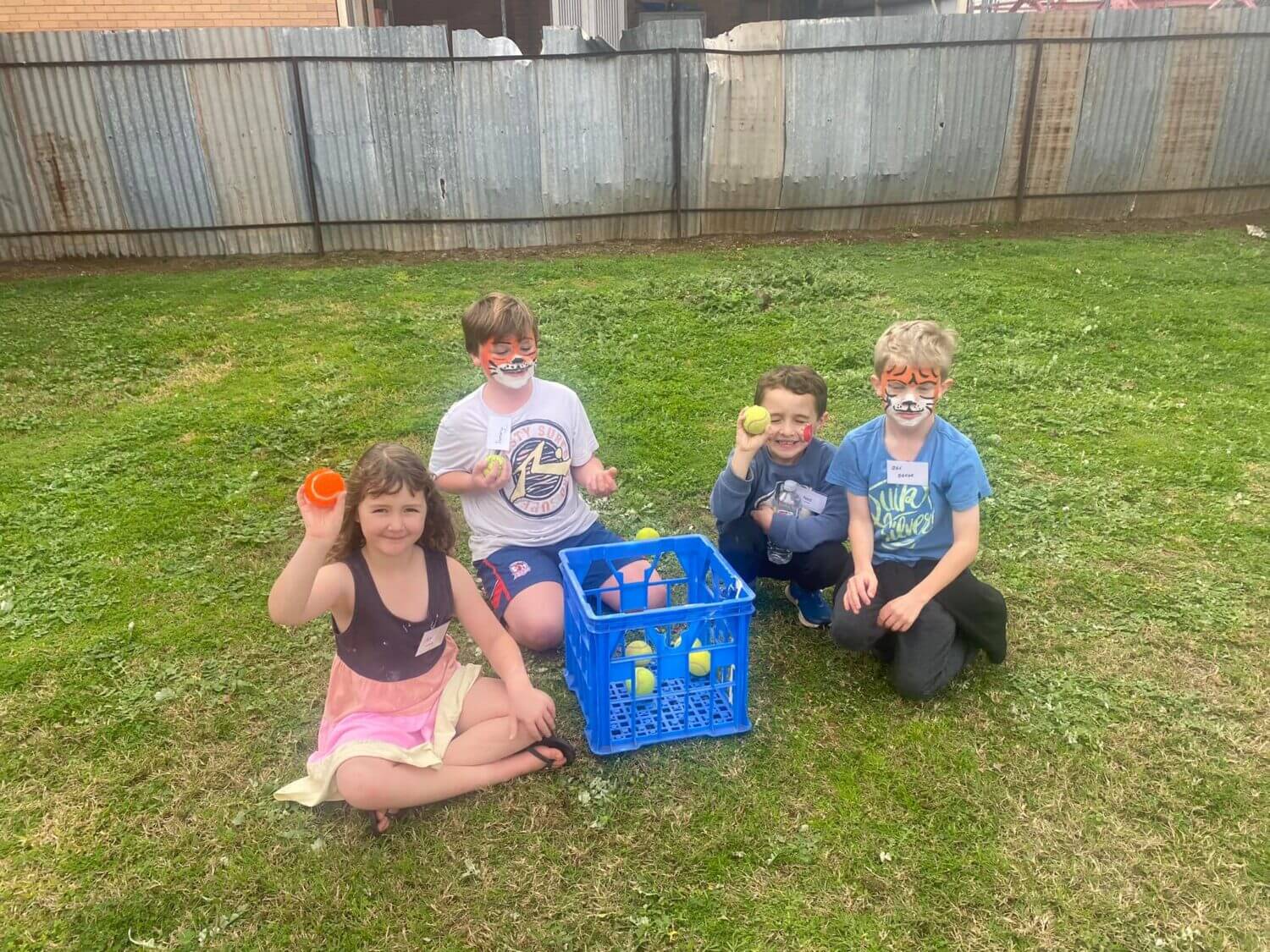