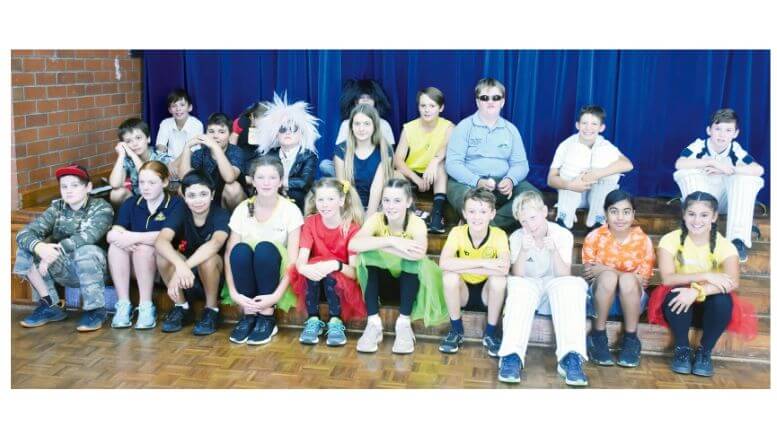 They had been learning about Australia’s history and had discussions about some of the things that we all love as Australians in class time.

Some of the icons they came up with were Vegemite, lamingtons, cricket, milo, football, meat pies, Steve Irwin, Shannon Noll, and Indigenous culture.

The class had a special guest, Rahel, visiting from Switzerland. Students thought it would be wonderful to show Rahel what makes Australia great.

They performed to classic Australian songs such as ‘Come on Aussie Come On’, John Farnham’s ‘You’re the Voice’ and the Happy Little Vegemite theme song.

They also farewelled Mr Mendes by playing a game called ‘Mr Mendes in the Hot Seat’ asking him tricky questions about his time in at Condobolin Public School.

Mr Mendes has now taken up a permanent position with Weilmoringle Public School, after spending four years in Condobolin.

It was a fun assembly with everyone laughing and cheering along.
By Melissa Blewitt.