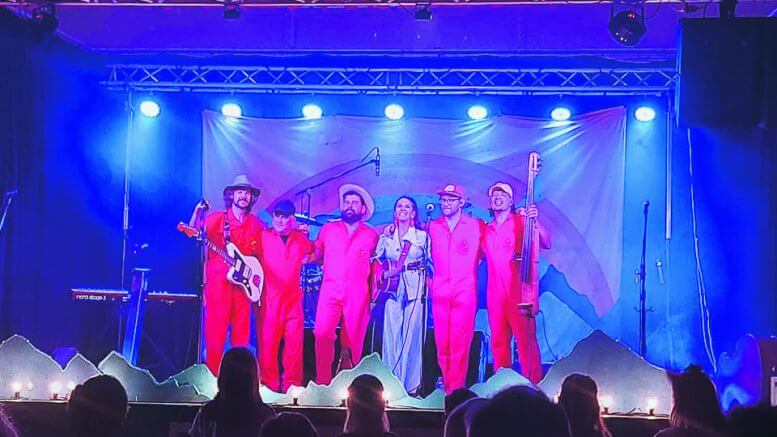 Fanny and the PrawnStars at the end of the night. Image Credits: Parkes Shire Councillor Marg Applebee’s Facebook Page.

On Friday 18th March, ARIA and 8 times Golden Guitar winner, Fanny Lumsden, along with the PrawnStars, performed at the Trundle War Memorial Hall.
Trundle was amongst the many locations on Fanny’s ‘Country Halls Tour’. The tour was originally planned for late last year but was eventually postponed due to COVID. Fortunately, due to the easing of restrictions and travel, the tour was able to be re-scheduled for early this year, starting in January and ending in April.
Local country singer Gracey Jones was the opening act for the night, with Trundle Central School’s P&C cooking a BBQ. Northparkes Community Investment Program helped support the delivery of the event. 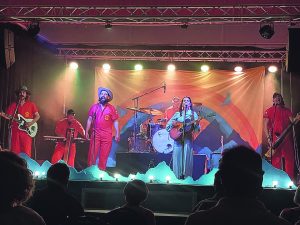 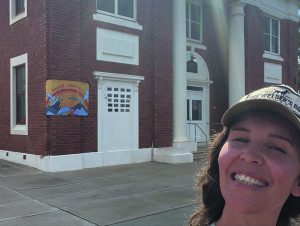