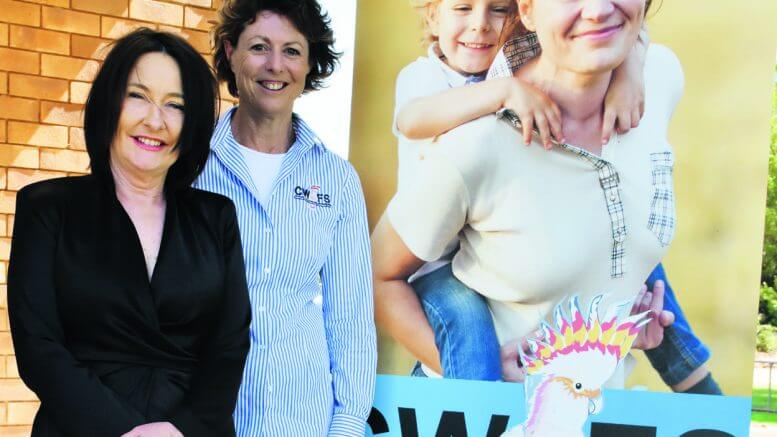 The Central West Farming Systems 2019 Women and Youth in Agriculture Conference was a huge success.

Comedian Fiona O’Loughlin had the audience in stitches, fearlessly sharing her personal journey from her battle with the bottle to her home life in a small town in South Australia.

“I don’t tell jokes, I tell stories,” she told the audience. On one occasion, she recalled she and her husband were invited to dinner with a wealthy family, when they were living in the Northern Territory.

“They owned the Chemist – you really know you’ve made it when you own the chemist! So I decided I needed a new outfit. So off I went to Vinnies. I volunteered there, so I thought that was the obvious place to get a new outfit. I purchased a wonderful top and skirt set. The skirt had a little tear in the front, so I quickly turned it around and headed out of the door with my husband. We went to dinner, and I felt like a million bucks in my new outfit. Two weeks later, I walked into the Chemist they owned, to find a lady coming towards me in the very same outfit I had worn to the dinner party. I thought that was a bit of a coincidence, until five more assistants moved around the shop in the same outfit. I had worn one of the Chemist’s uniforms to the dinner party with the Chemist owners! I am sure they thought I was making fun of them!”

Member for Farrar, Sussan Ley, was the first guest speaker of the day. Ms Ley has been an air traffic controller, stock mustering pilot and shearer’s cook. She entered Federal politics in 2001, and is passionate about bridging, what she sees as the ‘city/country divide’. A 17-year livestock and dairy farming partnership (near Tallangatta in North East Victoria), gave her an insight into the highs and lows that test the resolve of farming families.

Former NSW  State  Drought  Coordinator  Pip  Job, discussed her role and how she connected with primary producers, community and industry  in a bid to understand the challenges being experienced during drought conditions. She then informed the Government so that appropriate response measures could be implemented. She freely admits it was a tough gig. “I used to get 125 phone calls a day, you cannot physically answer all of those,” Pip said. She is now with the Business and Social Resilience Programs team at NSW DPI, where she leads the Young Farmer Business Program, a new initiative upskilling the next generation of farmers.