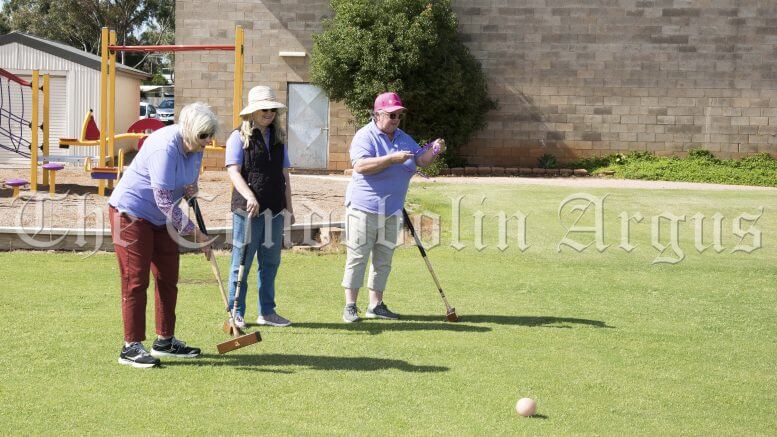 Members of the Condobolin Croquet Club Shirley Bell, Liz Crook and Genene Reardon had fun on the court at the Condobolin Sports Club recently. Croquet can be played by two, four or six players. The object of the game is to hit your ball(s) through the course of six hoops in the right sequence in each direction and finish by hitting them against the centre peg. The side which completes the course first with both balls wins. Each side has two balls, blue and black versus red and yellow. In singles play each player has two balls. In doubles the partners on each side must each play only their own ball. The game starts with all four balls being played on to the court in the first four turns from anywhere along either baulk line. Turns alternate throughout the game. Either, but only one, of the side’s balls may be used in a turn. Initially a turn is only one stroke, unless in that stroke the striker’s ball scores it’s next hoop, or hits another ball. Image Credit: Kathy Parnaby.