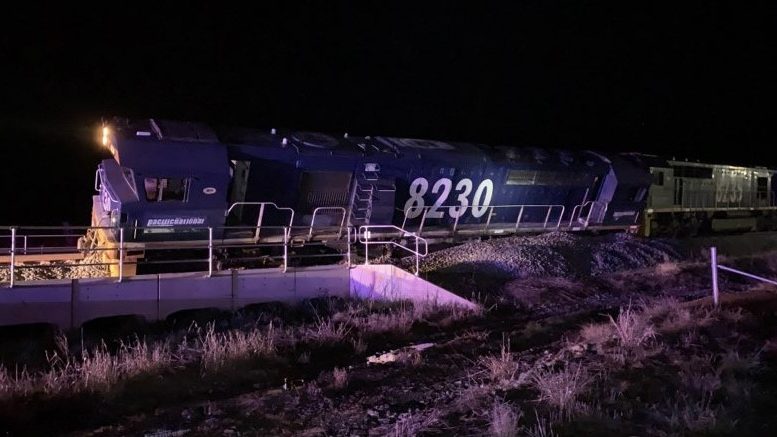 Crews from Fire and Rescue NSW (FRNSW) in Condobolin, Parkes and Gulgong, alongside the Parkes brigade from the Rural Fire Service (NSWRFS) were called to a spillage after a train had derailed near the Coopers Road-Brolgan Road level crossing on Sunday, 4 July. The Condobolin crew attended with a HAZMAT tanker while the Gulgong crew were there with a Rehab van. The Fire and Rescue NSW duty commander for the region was also on the scene. Two locomotives had derailed and the lead locomotive was leaking diesel into a nearby culvert. A contractor was brought in to decant the two locomotives fuel tanks, while a FRNSW crew provided fire protection. Once the situation was brought under control, all attending services returned to their stations. 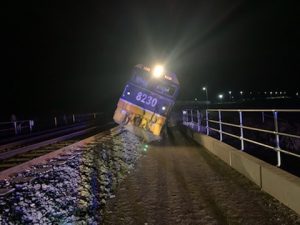