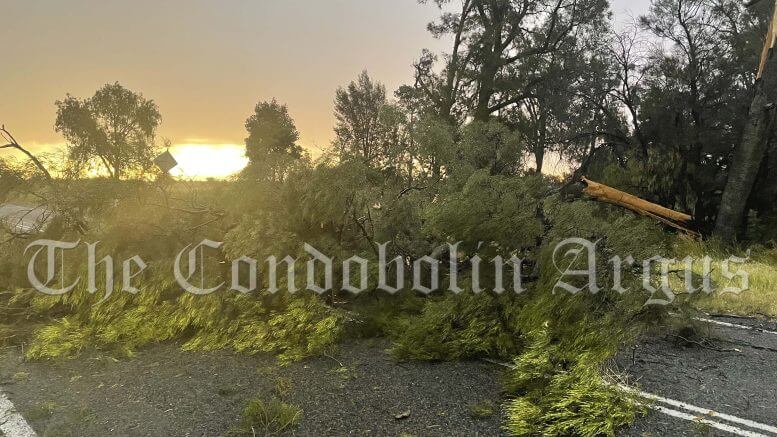 A large pine tree was a victim of severe storms cells on Saturday, 18 December. It blocked part of the Fifield Road, about 10 kilometres from the village. Image Credit: Melissa Blewitt.

NSW copped a series of severe storm cells that wreaked havoc across areas of Condobolin on Saturday, 18 December.

Field bins were picked up like pieces of paper, roofs were lost off shearing and machinery sheds, trees fell over roads. Wind gusts of up to 89 kilometres an hour were recorded at Condobolin Airport.

Some parts of the Condobolin District recorded up to two inches of rain.

NSW SES crews from 15 Units responded to requests for assistance from their local communities. Over 150 requests were received in a 48-hour period as a result of the severe storms across the region, according to Lachlan NSW SES.

A large pine tree fell and landed on the Fifield Road, around 10 kilometres from the village. It is believed a semi trailer, who did not see the tree ran into it. All manner of Debris littered the district’s roads.

Many areas also suffered power outages. Essential Energy managed to restore power to over 24,000 customers throughout Sunday, 19 December. However at that time they were still trying to get another 17,000 back on who were without power at that time.

“This afternoon storms continued to roll across the south of NSW, hampering restoration efforts, however despite this, our teams were able to remove a number of trees from lines, make repairs, restring lines and patrol areas. Work will continue into tonight and start up again in the morning,” a post on the Essential Energy Facebook Page on 19 December read.

As of Monday, 20 December, Essential Energy had managed to restore power to over 50,000 homes.

“Since Saturday evening power has been restored to more than 51,000 customers after storms rolled across the state over the weekend. Work is continuing to get the power back on to 3,500 customers with crews making repairs, standing power poles and continuing to remove vegetation from lines. We are hopeful of restoring power to the majority of these customers by end of day. Storms are predicted over the coming two weeks and we’re encouraging everyone to be prepared,” a post on the Essential Energy Facebook Page on Monday, 20 December read. 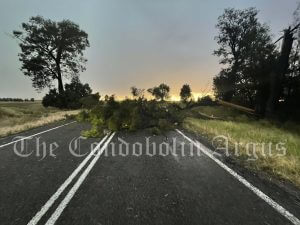 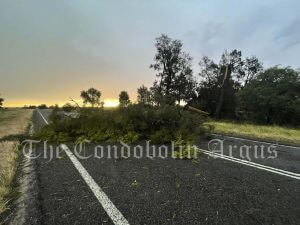