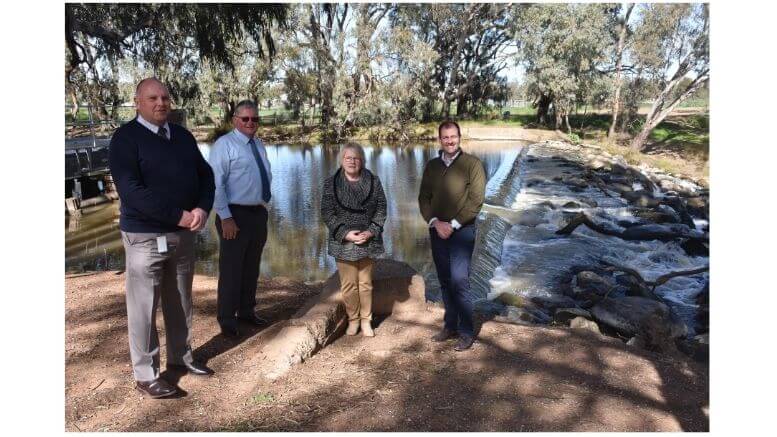 The funds will be used to develop three groundwater bores connected by a pipeline to the Condobolin water supply.

This funding comes after Council received funding approval of $3.9million in 2015-16 to be used for the development of the three bores (including civil, mechanical and electrical works), permanent power supply and engineering design of the pipeline.

Lachlan Shire Council received $2 million in 2019-20. The current grant of $18 million brings this funding to $20 million, which will be used to construct a pipeline connecting the new bores to the Condobolin town water supply.

Lachlan Shire Mayor John Medcalf OAM said he was grateful to the State Government for the funding.

“Thank you to the State Government for granting the funding for this major water infrastructure which will ensure permanent water supply to the community of Condobolin,” he stated.
“Condobolin water supply will now be secured during any future dry period. Thank you to the State Government, in particular Melinda Pavey MP, for her efforts in expediting this funding.”
Minister Pavey, who is NSW Water, Property and Housing Minister recognises the water issues faced by local residents.

“While the drought has eased in some areas, many towns continue to be at risk of water shortages and many more have been living with severe water restrictions,” she explained.
“Condobolin is reliant on water sourced from the Lachlan River and the town’s water supply is at risk of failure if the river ceases to flow. This new funding will assist with the completion of the project to commission a pipeline to connect these groundwater bores to the Condobolin water supply.

“The project will deliver pumping infrastructure, power supply to the bore field and a pipeline to allow for immediate use of the bores when they’re needed.”

NSW Nationals MP Sam Farraway praised Council and its efforts on behalf of the community.

“Lachlan Shire Council has worked tirelessly to ensure greater access to water, even in times of drought through a set of groundwater bores which have the capability to provide vital water supplies to the community of Condobolin,” he said.

“This extra support from the NSW Government will take away the reliance on the flows of the river and enable the Condobolin community a more secure water source when, and if it is needed in the future.

“This project is in response to drought, but it will create permanent infrastructure that will improve the resilience of the entire Lachlan region and support its communities and economies.”