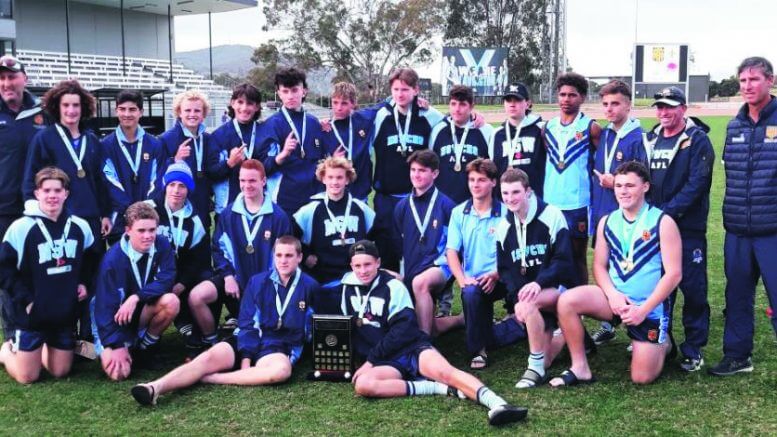 The NSW CHS (Combined High Schools) team that Harry was apart of.

Harry Roscarel attended the U15’s NSW CHS AFL Carnival in Coffs Harbour, from the 19th-22nd April, as a member of the Riverina Southwest team.

After an exceptional performance over the course of the carnival, Harry was selected as a member of the NSW CHS team to participate in the U15’s All Schools Carnival in Albury during May.

On Monday afternoon the team gathered for a practice and to get their uniforms at the Lavington Sports Ground. There were many familiar faces as the team consisted of six boys from the Riverina SW team, as well as numerous boys that Harry has played with and against from the Wagga AFL competition and the Giants Academy.

In the first game that was played CCC (Combined Catholic Colleges) played CIS (Combined Independent Schools). This game was a whitewash, with CIS having a very convincing win. Harry’s team may have been a little concerned going out to face CIS in their first game, however in a very short time CHS (Combined High Schools) stamped their authority over the game and limited CIS’s scoring opportunities, while making the most of their own opportunities. They put relentless pressure on the CIS boys for the duration of the game and continued to increase the margin throughout the game. The NSW CHS team dominated the game and defeated CIS 45 to 85.

The second game saw NSW CHS play against NSW CCC. After the result in the game between CIS and CCC, the boys thought they would have an easy run. The conditions were rapidly deteriorating, becoming extremely windy and cold. Thankfully the rain held off, though there were dark clouds looming in the distance. Everyone had their fingers crossed that the game would end before the rain hit. The very clean and accurate ball possession and ball movement of the first game was not apparent during this game as it was adversely affected by the conditions and resulted in a very scrappy game. However, the boys got themselves sorted out and after the first quarter started to play a better brand of football. By the end of the game the CHS boys were way in front, despite inaccurate kicking due to the wind. Final score was 3.4.22 to 8.17.65.

It was a fantastic few days for Harry as he played in a team of boys who had a very high level of skills, teamwork and game awareness, making for a very enjoyable experience. 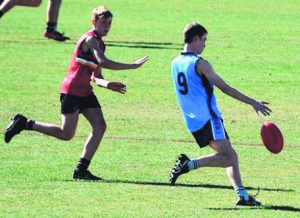 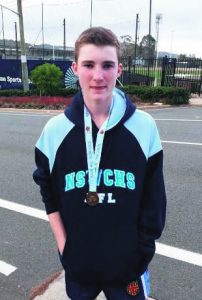