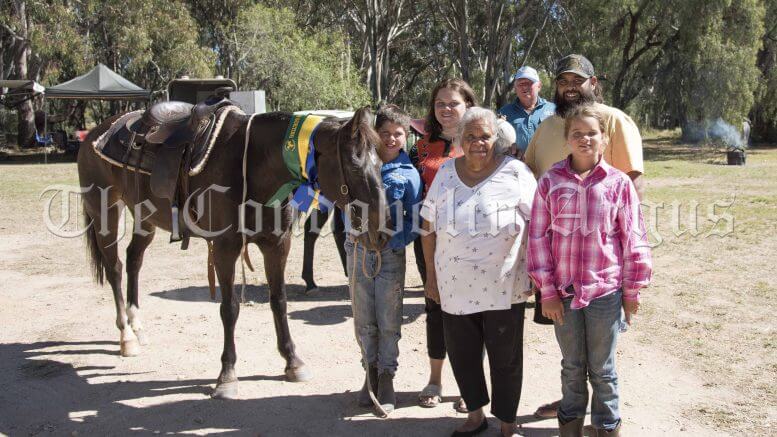 Family fun and comradery were on the agenda at the Condobolin Ranch Sorting event on 16 and 17 April.
The highly anticipated and successful event was held at the Condobolin Campdraft and Pony Club Grounds.
Ranch sorting is a western-style equestrian sport that evolved from the common ranch work of separating cattle into pens for branding, doctoring, or transport. Ranch Sorting is an event that pits a team of two riders on horseback against the clock.
The idea of holding a Ranch Sorting event was born after a conversation between Condobolin Ranch Sorting President Jake Lebrocque and Dave Fenton about the potential of the Campdraft and Pony Club facilities.
Mr Lebrocque said he was extremely happy with how the weekend went.
“There were around 80 competitors who completed 700 runs in beautiful weather,” he explained.
“The event was very successful, and we could not be happier with how everything turned out.
“Ranch Sorting is a popular sport. It does not matter if you are a professional or a beginner – all levels can have fun and take part.
“I would like to thank all of the sponsors who enabled this wonderful event to take place. These include Frampton Flat who donated all the cattle for the event. If you do not have cattle, you cannot run an event like this. Other sponsors were Red Dirt Roundup (Mik McKenzie), Elders, Vella Group and Forbes Livestock.
“The local community also showed up and supported the event, which was fantastic.”
Ranch sorting is a timed event, not a judged event, according to www.rsnca.net.au
“As a competitor, you are rated in a nine point rating system that is based on statistical performance and not opinion,” the website stated.
“Ranch sorting is typically a two-man team sorting 10 cattle numbered 0-9 and one unnumbered cow for a total of 11 head. A producer has the option to add one more unnumbered cow. A run starts with teams on the opposite side of start line from cattle.
“The judge will raise the flag when the pen is ready. The judge will signal the beginning of the run by dropping the flag when the nose of the first horse crosses the start/foul line and the first number to be sorted will be announced.
“The announcer will draw a number, which will determine the first cow to be sorted. The cattle will then be sorted increasing in sequence from that number. If two or more cows cross the line together as long as the nose of the correct number or numbers cross the line first the cattle are considered to be in order regardless of whether they finish crossing in that order.
“Cows are not counted as sorted until they are completely across the line. Also, if any part of a wrong numbered cow starts across the line it is a no time or if any part of a correct numbered cow starts across the line and then backs out it is also considered a no time.
“The cattle must be sorted in number sequence. If any part of a cow crosses the start/foul line out of sequence before the correct cow starts across the start/foul line a disqualification will occur. “A disqualification will also occur if any part of a sorted cow re-crosses the start/foul line. Any cow not entirely across the start/foul line will not be counted. “The 10th cow must be completely across the line before the blank cow starts across or the team will receive a no time.” Mr Lebrocque said he hoped another Ranch Sorting event would be held in Condobolin during the October Long Weekend. 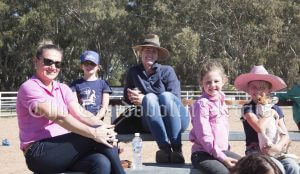 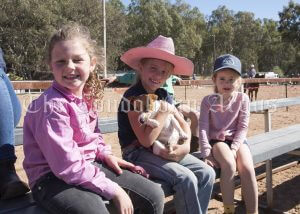 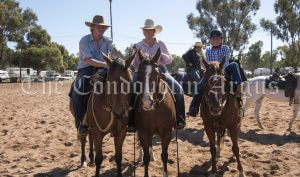 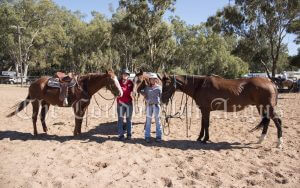 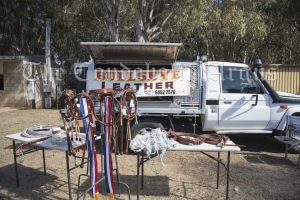 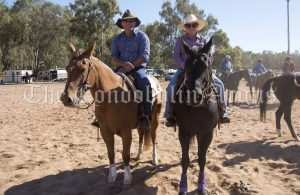 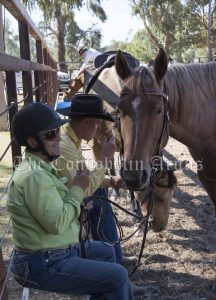 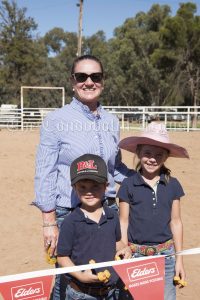