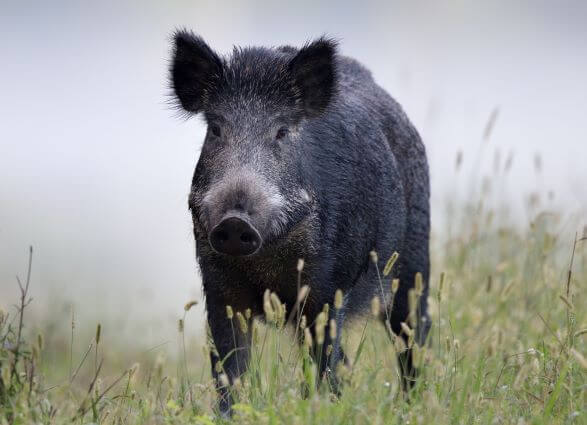 There has been a dramatic spike in feral pig numbers, according to NSW Farmers.
“Wild pig and dog numbers have exploded thanks to prolonged wet weather creating perfect breeding conditions, prompting calls for increased animal control resources,” a statement from NSW Farmers on Wednesday, 23 March, advised.
“A wetter than normal summer has resulted in back to back breeding cycles, with some farmers stretched thin trying to minimise the destruction caused by these animals.”
NSW Farmers Wild Dog Co-ordinator Bruce Duncan said as surface water dried up, pests such as dogs and pigs would head to permanent water points such as farm dams.
“The damage caused by a wild pig is truly amazing if you haven’t seen it before,” he explained.
“They can quickly rip through fields and fences, attack lambs and goat kids, and can bring disease as well.
“Combine that destruction with the loss of livestock to wild dog attacks, and you’ve got a big problem for agriculture.”
There are more than 23 million feral pigs in Australia, costing agriculture more than $100 million per year, NSW Farmers said.
“Wild dogs also take their toll on the sector, costing agencies an estimated $50 million in management costs before the impact on livestock is even taken into account. Landholders are concerned that these pests will be an increasing problem unless action is taken,” the statement went on.
NSW Farmers President James Jackson said staying vigilant and working through co-ordinated pest management was vital, which is why the association had asked the state government for an extended commitment to vertebrate pest management.
“Farmers are regularly trapping more than 60 pigs in a single week, it’s just a huge problem at the moment,” he stated.
“As we see continued high prices and demand for livestock those losses will continue to sting the back pocket, which is why the work of people like Bruce is so important.
“The government is getting some great data through the GPS collaring project, which allows them to better understand how the animals move around the landscape, so they can better control these pests.” 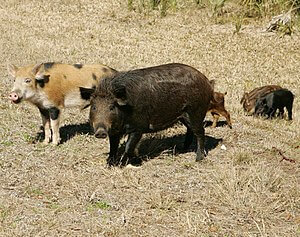