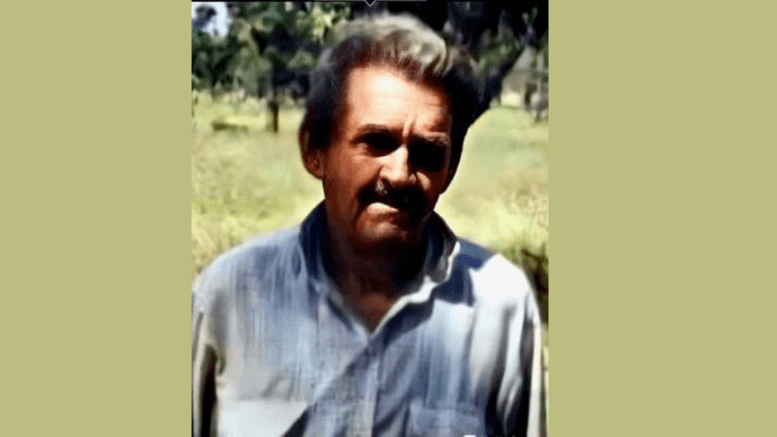 Police are renewing their appeal for information to help locate a man who went missing from Condobolin 23 years ago.
On Tuesday, 13 July 1999, James Rice – who was 66-years-old at the time – was dropped at the front gate to his property in Condobolin by a neighbour.
When Mr Rice’s family and friends were unable to contact or locate him, he was reported missing on Tuesday, 3 August 1999.
“Officers attached to Central West Police District – formerly known as Lachlan Local Area Command – conducted a widespread search of farmland surrounding his homestead, without success,” a statement from NSW Police said.
“In 2006, a Coronial Inquest found Mr Rice had died; however, the circumstances surrounding his death could not be determined.
“In September 2021, officers attached to Central North Police District established Strike Force Jungarra to investigate the circumstances surrounding Mr Rice’s disappearance after receiving new information.
“Following extensive investigations, police are now treating the circumstances surrounding Mr Rice’s disappearance as suspicious.”
At the time of his disappearance, Mr Rice was described as being of Caucasian appearance, approximately 175 centimetres tall, with an olive complexion, brown hair and brown eyes.
Central North Police District Commander, Superintendent Tim Chinn said any information from the community may be the missing piece in the puzzle in solving Mr Rice’s disappearance.
“Investigators attached to Central North Police District have worked tirelessly to investigate the circumstances surrounding Mr Rice’s death and will leave no stone unturned in doing so,” Supt Chinn explained.
“Mr Rice’s family deserve to know what happened to him, to gain some closure.
“Any information, no matter how insignificant, will be treated in the strictest of confidence. I urge members of the public to pick up the phone and call Crime Stoppers if you know something.”
Anyone who has seen Mr Rice or has information as to his whereabouts or his disappearance is urged to contact Crime Stoppers on 1800 333 000. Information provided will be treated in the strictest of confidence. Police remind people they should not report crime information via social media pages.