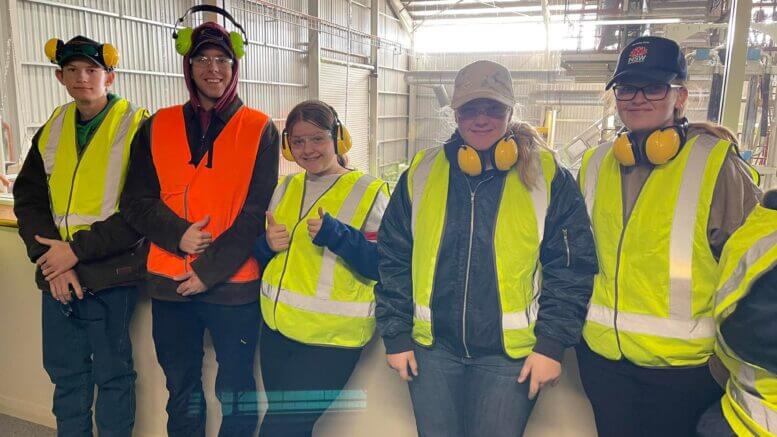 On Monday 30th May, Tottenham Central School headed to Yanco for the RIEP (Regional Industry Education Partnerships) Agriculture Camp.
After arriving at Yanco at 11am, they were given their rooms for the week and had lunch. In the afternoon the group had a tour of the JBS Feedlot and Abattoir at Yanco. The feedlot is a very well set up operation and had 43,000 cattle in there on the day.
After driving around the feedlot they had a tour inside the abattoir. Once they finished the tour of the feedlot and abattoir they went back to Tocal College and had a look through the Tocal College Soil Laboratory which houses 90,000 soil specimens (right).
Dinner was a lovely BBQ followed by a games session. The school had a wet but educational day. 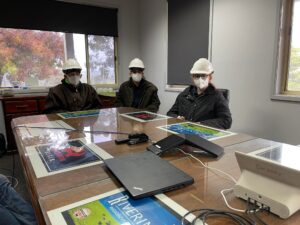 On day two, Tuesday 31st May, the students travelled to Narrandera to visit the John Lake Centre and Narrandera Fisheries.
They listened to staff talk about the research being conducted including the breeding program of 1.67 million fish last year. They also saw Agro, the 1.1 metre Murray Cod.
Then they visited King Bees where they looked at how honey is extracted from the bee hives.
After lunch they had a tour of the Sunrice Mill and Processing Plant at Leeton. The students were able to walk through the mill to see first hand how white rice is made. They learnt that all rice starts as brown rice and it is polished to become white rice.
The students also spent time in the packaging plant watching automated robots package rice at a very fast rate. They finished the day by having a delicious Chinese Banquet at the All Serviceman’s Club at Yanco. 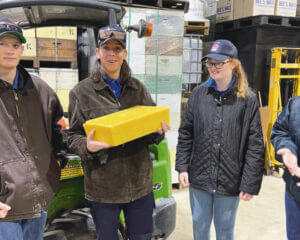 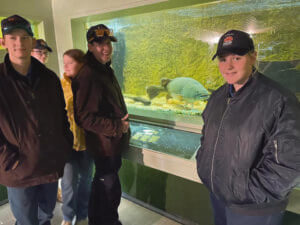 On the third day, they all headed to Whitton to visit Kooba Station.
Covering 20,000 hectares, Kooba Station runs sheep and cattle and grows cotton, wheat and almonds. The students were shown a cotton picker (left) and had the process of cotton picking explained to them.
They then had a tour of the Southern Cotton Gin where approximately 12,000 cotton modules were stored.
Lunch was at Whitton Malt House followed by a bit of golf at their driving range. Then they had a look at the Yenda Producers Cooperative in Leeton and heard about some of the roles of the staff including an Agronomist and Animal Health Consultant.
Their last activity for the day was a talk from staff at Get Set which assists young people in getting a job. Dinner was at an Italian restaurant in Leeton. 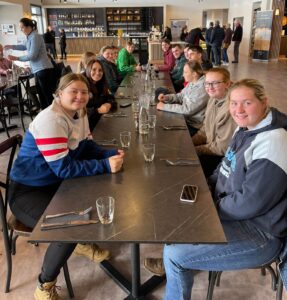 On Thursday 2nd June, after a very busy and informative three days, the school headed home.
They had lunch at West Wyalong and stopped at Condobolin and Tullamore on the way back.
“I would like to thank Janice Little, Senior Project Officer – Regional Industry Education Partnerships, for organising a wonderful week for our students.” wrote Sarah Lindsay in a post on the school’s Facebook page.
“Thank you also to Maddi, Hayley, Shauna, Isaac and Dominic for engaging in all the activities throughout the week. All students were fabulous ambassadors for both their families and Tottenham Central School.” the post concluded. 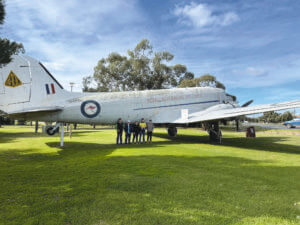