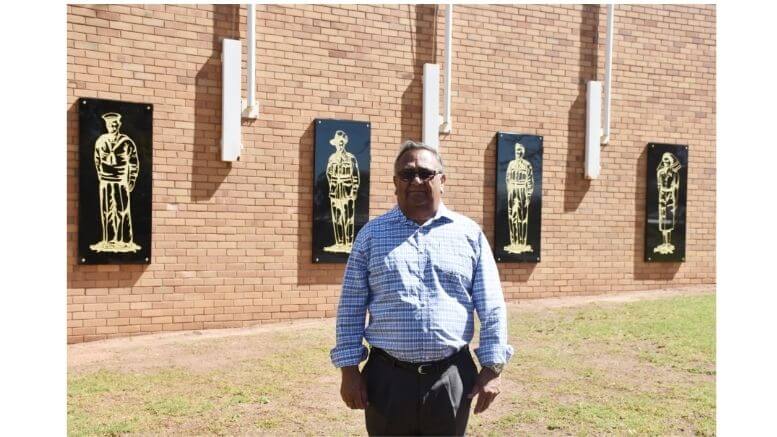 This is a project that has been 18 months in the making, according to Administration Manager Robyn Wilson.

“We wanted to take on a project that would honour our service men and women, as well as enhance the look of the Club,” she explained.
“Statues and monuments were discussed, but they were quite expensive.

“So I started investigating different possibilities that would suit Condobolin.

“Grenfell have a similar tribute, but it was made out of a plaster cast type of thing.

“I couldn’t find out who designed them, so I just kept looking and then I found similar designs at Tamworth Bicentennial Park.

“I thought that would be really nice out here. Then I started with a company in Eugowra, and that didn’t work out. So then Brian Deeves helped me find Darren Davies from Parkes, who does all of JT Cock and Sons (Funeral Directors) masonry work.

“He was then employed to undertake the project.”

Robyn added there are plans to add lights and other enhancements to the display at a later date.