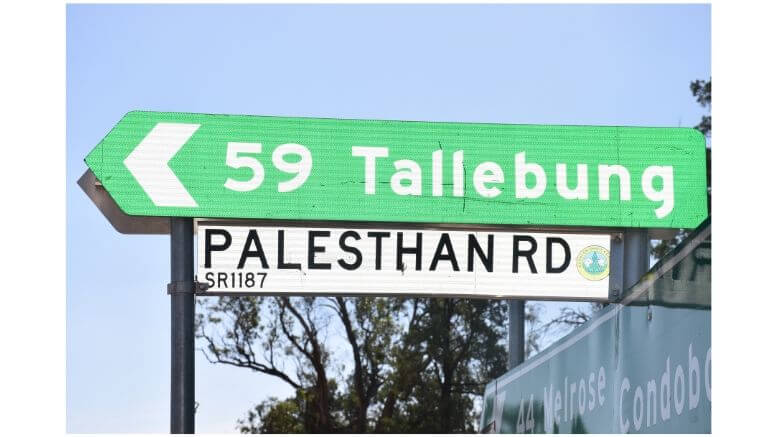 Local residents have raised questions over the prioritisation of roads grants funding across the Lachlan Shire. Image Credit: Melissa Blewitt.

The announcement of over $5 million in funding to upgrade and seal roads across the Lachlan Shire has had some residents raising concerns regarding the prioritisation of grants.

In a letter to the Condobolin Argus, published on Wednesday, 6 May, Damien Doyle, wrote “It is with much disappointment to note that The Lachlan Valley Way has again been overlooked.”

“This is despite a report approved by the shire itself in December 2018 identifying the Lachlan Valley Way as being a funding priority and recommending the unsealed sections of the road be sealed to benefit tourism and freight movement when funding became available,” the letter went on to say.

“The decision to seal 16.8 km of Palesthan road is surprising considering the economic value it will add to region, with the volume of freight being delivered to Condobolin from the buzzing metropolis of Tallebung and its population.

“It is also perplexing that council would decide to the seal 10.2 km of laneway near Tullibigeal, given the dangerous condition of the Lachlan Valley Way, and its use to the economic and cultural value of the shire. Central to Lachlan Shire, the road transmits heavy freight delivering all the major commodities produced in the Lachlan Valley, connecting the towns in Lachlan shire, to towns in other shires such as Euabalong (Cobar Shire), and Hillston (Carrathool Shire) and Forbes (Forbes Shire).”

“Lachlan Shire has a transport network which is one of the largest of any council in NSW, including the longest unsealed road network in NSW,” a statement explained.

“In addition to this, Council is responsible for the maintenance and replacement of 25 bridges and 22 major culverts (over 6m long); 98km of kerb and guttering and 26km of footpaths and cycle ways.

“There are many high volume sealed and unsealed roads throughout the Shire which are important transport routes for agribusiness.

“Altogether these assets are valued at $300m and managing them is a complex balance of need, cost, and State and Commonwealth Government eligibility criteria for funding.
“Three particular roads have been the target of complaints from road users since 2004.

“These are South River Road and Euabalong Road (Lachlan Valley Way) and Curlew Road, which are high volume heavy vehicle routes. Lachlan Valley Way also forms a scenic road route on the banks of Lachlan River with many tourists using it to travel to Lake Cargelligo.

“All three roads have experienced a dramatic increase in vehicle traffic in recent years – including heavy vehicles.

“To date, only 20.5km of South River Road’s 60km has been sealed, with Council maintaining the whole road to keep it in a safe condition. The cost of maintaining the unsealed sections are high and not eligible for external grant funding.

“During times of harvest, fodder transport and flooding, Council has to direct additional resources to keep up with its maintenance on these roads.

“Council simply does not have the resources to keep these roads in the condition we would like.

“One option is to keep funding the maintenance of the unsealed sections at current levels of service. An alternative is to seek external funding to seal these roads.

“A transport infrastructure network analysis report was prepared for Council in July 2018 which identified Lachlan Valley Way and Curlew Road as priority roads to be upgraded for tourism and freight. A significant number of other roads in the Shire were also identified for upgrade in the same report.

“Council has consulted with State and Commonwealth Government agencies regarding road grant opportunities and their eligibility criteria. These grants attract fierce competition, both in NSW and federally, and only projects which score the highest against the eligibility criteria succeed.

“Increasing the width of narrow and winding unsealed (high volume) local roads attracts more criteria assessment points, when a grant proposal is considered by the funding body, than sealing unsealed roads with adequate width and straights.

“Roads which are high volume due to agricultural operations such as silos, rail sidings and feedlots get additional points. The size of towns along the route are a low priority for the grant bodies but the tonnages of grain and head of livestock transported annually are a high priority.

“Therefore, grant applications for unsealed roads like Lachlan Valley Way which are wide and straight, are unlikely to succeed.

“The opposite is true of unsealed roads like Curlew Road, Tullibigeal Road and Palesthan Road, which have narrow sections with tight bends and low travel speeds, so they win points. These have a bias towards them in funding grants.

“Council will continue to pursue grant opportunities for all of the roads identified in the transport infrastructure network analysis report.

“If you have any other questions, please contact Council’s Infrastructure Services Department,” the statement concluded.