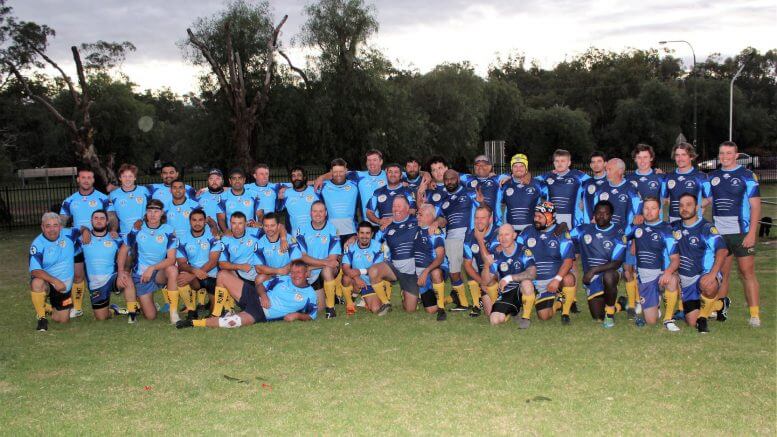 As part of the weekend Phil Worand from RAMHP ( Rural Advisory Mental Health Program) was invited to Condobolin on the 9th April 2021 to deliver an awareness session around mental health and wellbeing and how to support your mates in a crisis. The workshop was supported by available players on the Friday night, where they were taught signs of mental stress they may encounter with their mates as well as coping mechanisms to help them.

Condobolin senior league started the proceedings with their first competitive game of the year against Canowindra. The final game for the day was Condo v’s Condo, men from Rugby Union and Rugby league joined forces and bought the community together to raise awareness and to remember our mate Wade Grogan who the game was dedicated too. With a crowd of 5oo men, women and kids coming together it had the makings for a great night.

Men young and old were presented special jerseys that were designed for the day, which had Grogan on the back, and were led to the field by Wade’s young brother Jessie Pawsey. With all the crowd invited to the field to wrap their arms around the Grogan family in a minute silence for Wade Grogan.

With Jesse Pawsey kicking off it was game on. Many laughs were had with a great mixture of young and old players. Some great footy was played with a few spectacular tries and some decent hits as well. Ultimately the game was played in a terrific atmosphere which all can be especially proud of. Another special moment for the night was at half time when all the kids came together and players kicking out footballs to them. At the fulltime siren, a toast was made to Wade, and the players enjoyed a beverage before venturing to the Condobolin Hotel for the final part of the night evening in auctioning off 5 signed guernseys. The guernsey were auctioned by our local auctioneer Brendan White with the top guernsey fetching $300.

Condobolin came together and wrapped their arms around the Grogan family and supported them on the day in a truly inspirational effort and something the community needs to be proud of.

Condobolin showed once again that when needed we can come together, and once again sport is the avenue to provide this platform. What a great day. Special thanks to Condobolin Rugby Union for their support in making this event happen, Condobolin Rugby Union have gone above and beyond to support Men’s health and awareness, also to Renee Lemmon from Urban Funks, Progress printing and to Team player apparel who all manage to get our Jersey’s and merchandise to us in a very short time. A massive thank you to my work colleges at WPRD for your support and help.

Lastly to the family of Wade Grogan, thank you for allowing us and the community of Condobolin to come together and remember Wade. 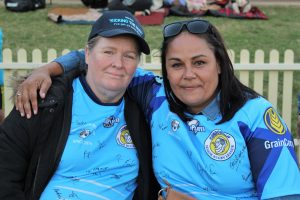 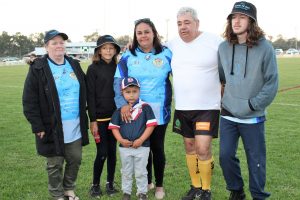