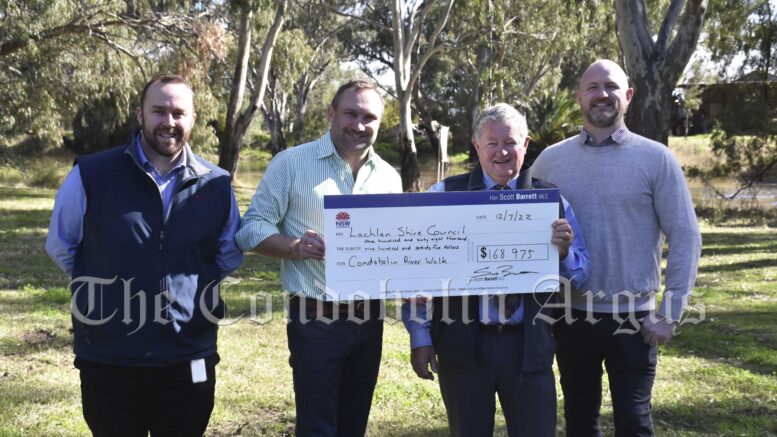 The Condobolin River Walkway is set to become a reality after a funding boost under the NSW Government’s Stronger Country Communities Fund.
Duty MLC for Barwon Scott Barrett visited Condobolin on Tuesday, 12 July to make the $168,975 announcement.
Mr Barrett said the Condobolin River Walkway would provide an all-weather path that links “Utes in the Paddock” with Riverview Caravan Park, the Lachlan River Bridge and the existing town footpath network.
“We have wonderful, unique attractions in our regional towns across NSW. The “Utes in the Paddock” is a prime example. So to make this area easier to access is a great thing for everyone,” he stated.
“Thousands of visitors come to Condobolin to see the sculptures and enjoy the sights of the Lachlan River. Improving this experience will attract even more first time and return tourists which is fantastic for local businesses”.
Deputy Premier and Minister for Regional NSW Paul Toole said since 2017, more than 1,900 Stronger Country Communities Fund projects have been funded across all regional NSW Local Government Areas, where they are making towns great places to live, work and play.
“The Condobolin River Walkway is exactly the kind of project the Stronger Country Communities Fund was designed to deliver, and the NSW Government is committed to creating a more inclusive environment for participation in sport and better local amenities,” he explained.
“The NSW Government is investing record amounts to deliver the infrastructure needed to stimulate economies, but we’re also backing grassroots projects that make a positive difference to female sport, local communities and surrounding areas.”
The $500 million Stronger Country Communities Fund is part of the NSW Government’s $3.3 billion Regional Growth Fund. 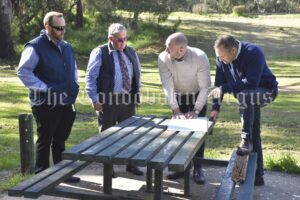