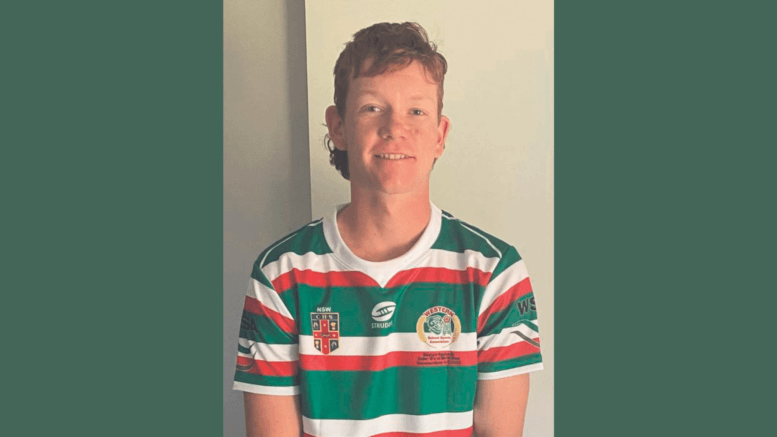 William Taylor (above) had been selected in the U18’s Presidents Cup side.
It was through William’s efforts in the trial game held in Coonabarabran, that he was nominated by the Greater Western CHS Coach after impressing in the Greater Western Team trials for a place in the U18’s Presidents Cup Team.
The Presidents Cup team is made of players that impressed their respective coaches in all 5 regions of NSW, Sydney Red (Sydney North and Sydney East), Sydney Gold (Syndey West and Sydney South West), Greater Western, Southern (Wollongong) and Northern (Newcastle).
These trials took place over three days, in Wollongong. In these games, William had the chance to play against the top Rugby League players in the NSW Public High Schools System.
William joined the NSW CHS Presidents Cup side on Sunday 22nd May for training, photos and distribution of playing apparel. The Presidents Cup team then played the Greater Western Side on Monday 23rd May, followed by Sydney Red on Tuesday 24th May. The last game was, Wednesday 25th May.
It is from playing these trial games, that William is making himself eligible for selection into the NSW State Side.
Source: Trundle Central School’s Facebook Page.