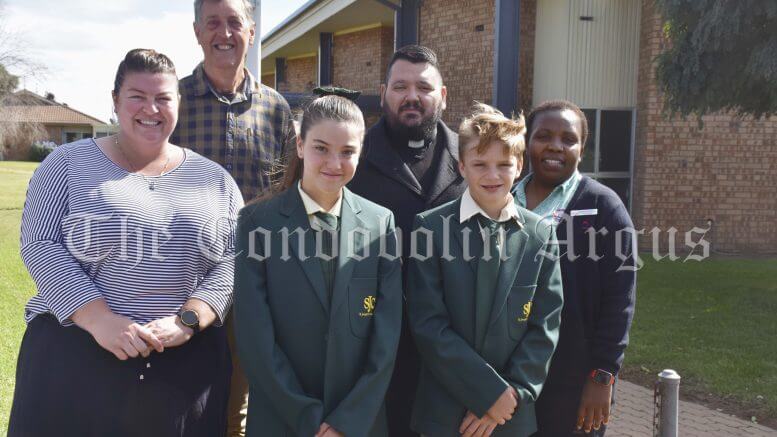 RSL LifeCare William Beech Gardens held an ANZAC Commemorative Service on Friday, 22 April.
An official welcome was given by RSL LifeCare Representative Care Manager Angela Machoka, with Latoya Kirby delivering the Acknowledgement to Country.
Pastor of the Presbyterian Church Paul Lukins then recited the Call to Commemoration and The Oath.
God Bless Australian was then played. At the conclusion of the song, Ms Machoka introduced Councillor Melissa Rees, who was the guest speaker for the event.
“Today, we gather to remember those who have served to defend Australia,” Ms Rees began on the day.
“We do this because it is the anniversary of the day when Australian and New Zealand soldiers landed on the beach at Gallipoli in Turkey on 25 April 1915. This was the first major military campaign for soldiers from Australia and New Zeland.
“Since then, 25 April has been known as ANZAC Day. ‘ANZAC’ comes from the name Australian and New Zealand Army Corps. It was shortened to ANZAC in 1915. Since then, when Australians and New Zealanders have served together, they have often been known as ANZACS.
“At Gallipoli, Australians and New Zealanders served with soldiers from other nations, including England, France and India. The Australians at Gallipoli came from all sorts of backgrounds, but they shared the terrible experience of war. Ever since then, for more than 100 years, the men and women in our Navy, Army and Air Forces have honoured the memory of our original ANZACS. On ANZAC Day, there are many ways to honour people who have served, and those who continue to serve, in Australia’s armed forces.
“We can gather like this, attend a Dawn Service or ANZAC Day March. We can also wear a sprig of rosemary as a symbol of remembrance. Towards the end of the ceremony, the Last Post will be played on a bugle. This historical music was played in army camps to announce the end of the day, a time when soldiers should be resting. The Last Post is played today for those who have made the ultimate sacrifice.
“It means that they have done their duty and are now at rest. After the Last Post, there will be one minute’s silence. This is a time to think about those who have served in Australia’s armed forces, those who continue to serve, and about those who have lost their lives.”
God of our fathers, known of old – the Recessional was then played. This was followed by the Prayer of Remembrance and Prayer for Peace, both of which were delivered by Father Getulio of St Joseph’s Catholic Church, Condobolin.
St Joseph’s Parish School Condobolin Captains Catalina Elias and Ellijah Turner then read ‘For the Fallen’.
Pastor Paul Lukins recited ‘Tribute to our Unknown Soldiers’. The laying of the wreaths was then undertaken.
Trevor Whitney, a Condobolin RSL Club representative, recited The ode. ‘The Last Post’ was then played, while RSL LifeCare represenatative Peter Grimmond lowered the Australian Flag to half mast. All those gathered also paused for one minute’s silence to remember the fallen and those still serving their country.
Advance Australia Fair was played at the conclusion of the Commemorative Service.
A light luncheon was then served for residents and guests. 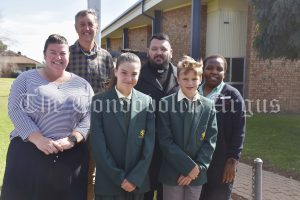 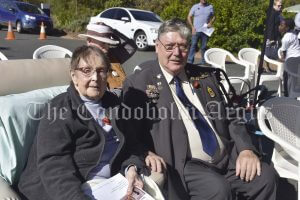 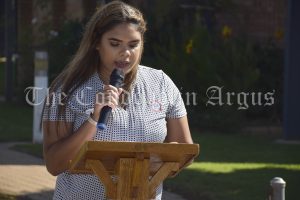 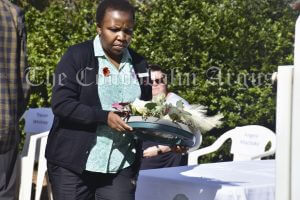 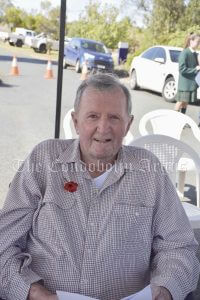 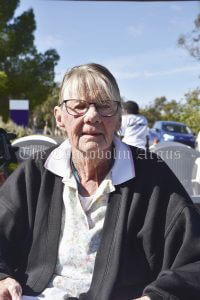 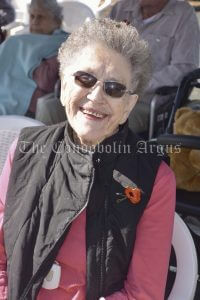 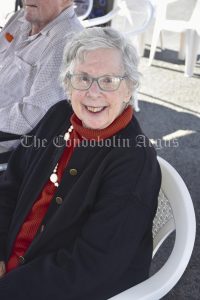 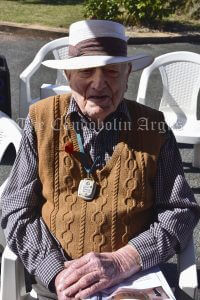