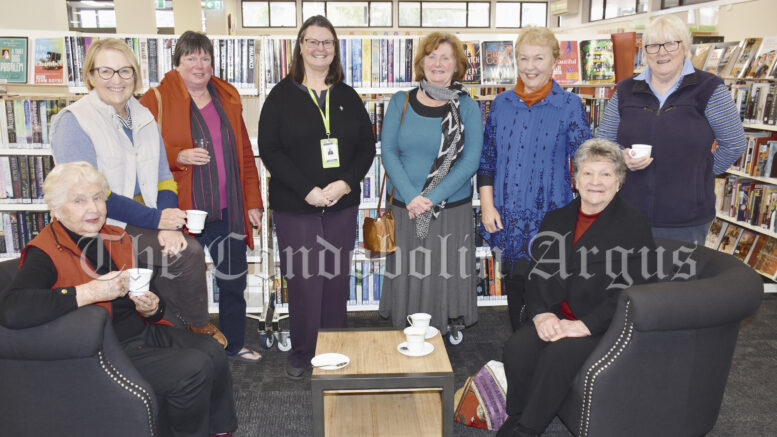 The Condobolin Library held its first “Monday Movies” on Monday, 18 July.
A lovely group of community members made their way to the Condobolin Library to watch a screening of ‘The Lady in the Van’.
‘The Lady in the Van’ comes from the Memoir of Alan Bennett. It is based the true story of Miss Shepherd (played by Maggie Smith), a woman of uncertain origins who “temporarily” parked her van in Bennett’s London driveway and proceeded to live there for 15 years.
What begins as a begrudged favour becomes a relationship that will change both their lives. It was filmed on the street and in the house where Bennett and Miss Shepherd lived all those years. Acclaimed director Nicholas Hytner brings this poignant story to the screen.
Alan Bennett has been one of the UK’s leading dramatists since winning acclaim for Beyond the Fringe in the 1960s. His film credits include his original screenplay A Private Function, directed by Malcolm Mowbray, his adaptation of Prick Up Your Ears, directed by Stephen Frears. For television he wrote the screenplay for An Englishmen Abroad (1984) and adapted his play A Question of Attribution (1990), both directed by John Schlesinger.
The movie ran from 1.30pm to 3.30pm, and a very delicious afternoon tea was enjoyed by all afterwards.
The library is going to trial running ‘Monday Movies’ on the third Monday of each month (during the school term) and will be free events. The movie will take place from 1.30pm to 3.30pm each time with afternoon tea to be provided at the conclusion of the film.
So, make sure you put Monday, 15 August in your diary for the next ‘Monday Movie’ session at the Condobolin Library.
Bookings are essential. For bookings or more information please contact the Library on 6895 2253.