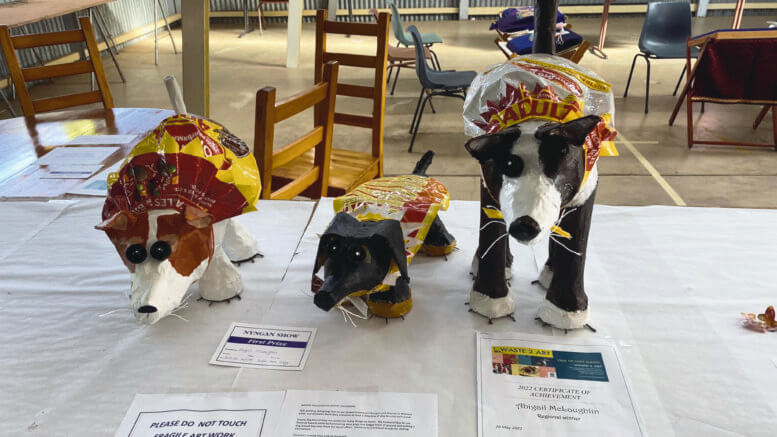 On Sunday 22nd May and Monday 23rd May 2022, Nyngan held their 129th show.
Some of the events during this years show included:
The Big Bogan Challenge. This happened on the Sunday at 4pm and had $675 in prize money up for grabs for the team of three that completed the Bogan-themed course the best.
The Nyngan Toyota Show Rodeo, which took place Sunday night from 5:30pm.
On Monday at 1pm, Nyngan-born Rugby legend, Les Boyd, opened the show. Les played top level Rugby League in the 1970’s and 80’s. That evening, the Holysmokes Family Fireworks began at 6:30pm, which concluded the show for 2022.
Motorbike daredevil, Eljay, performed on both the Sunday and Monday.
Some new competitions were also opened this year, including the Sims Metal Waste 2 Art competition, the Wizard of Oz competition and the Lace Making Demonstration and Workshop.
Image Credits: Bogan Shire Council and Nyngan Community Hub’s Facebook Pages. 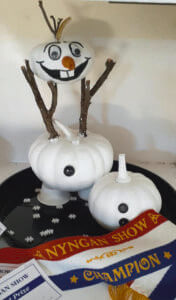 Another competition in the art section was for the kids to create art from pumpkins. They were told to paint and/or decorate pumpkins to create anything they wanted. This entry (right) is the Nyngan Show Champion and first prize winner. The artist created Olaf (a snowman) from the Disney movie ‘Frozen’ by painting and decorating the pumpkins.

TITLE IMAGE + BELOW: Some artworks from the Sims Metal Waste 2 Art competition. 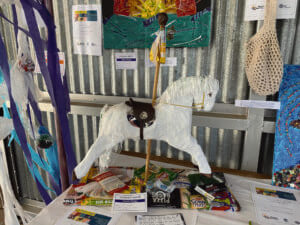 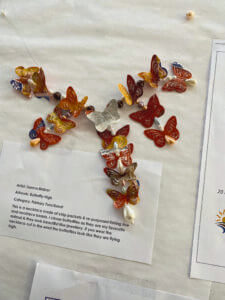